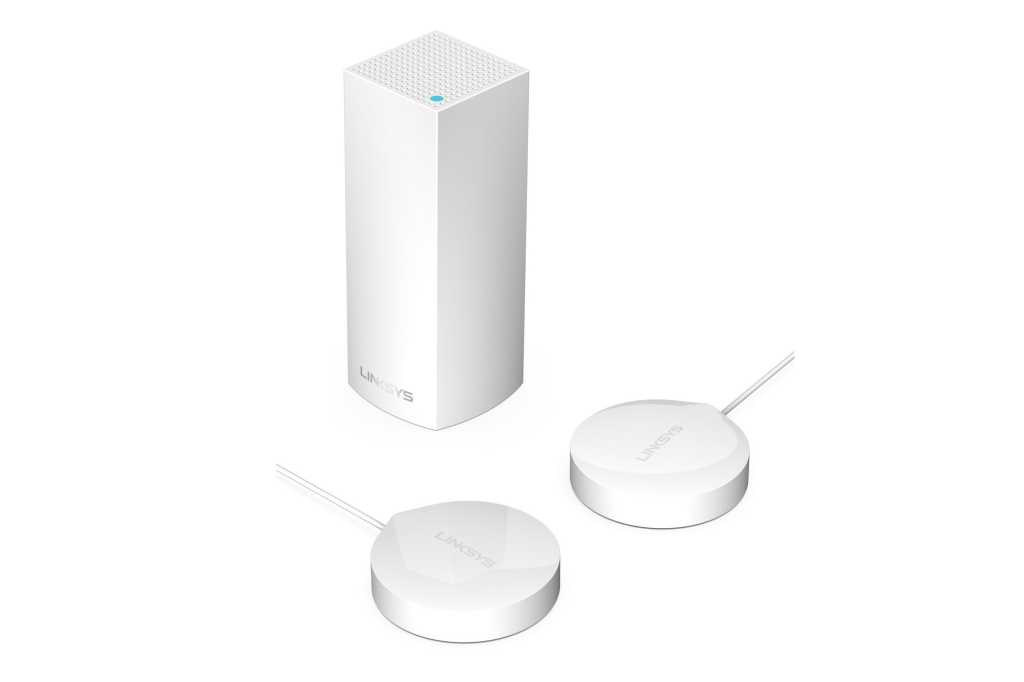 If the Linksys Aware announcement a few months ago left you scratching your head, wondering why you’d want to use a router to track movement inside your house, join the club. Well, I just attended an in-depth demo at CES put on by Linksys and Origin Wireless—the company that developed the technology that makes Linksys Aware possible—and it was pretty badass.

Origin’s technology monitors disruptions in the wireless mesh network that a Linksys Velop router creates inside your house. When a large disruption is detected, such as would be caused by someone moving inside the house at a time when you expected the home to be empty, Linksys Aware can send you an alert. But Linksys and Origin have also developed a new product they’re calling a Wellness Pod that can track infinitesimally small disruptions in the mesh—to the level of a prone person breathing.

Origin’s motion detection is accurate enough to know exactly where people are inside the house. Because the company’s algorithms execute on the router itself—the official term is edge processing—the only data that leaves the home and goes to the cloud is the motion detection information.

Today, Linksys Aware can be set up to send you notifications when motion is detected inside the house at times you expect the house to be vacant. Conversely, if you have a latchkey child at home, Linksys Aware can assure you that there is motion inside the home, because the child is there. In this case, you might set up an alert when there no motion is detected at times when the home should be occupied.

Linksys doesn’t consider Linksys Aware to be a replacement for a home security system, but at $2.99 per month or $24.99 per year, it’s not priced like one, either. And unlike a security camera, simply sending indications of motion inside the home doesn’t present any risk of a privacy breach—although you might want a camera anyway, so you can see exactly what is moving.

Although it has not yet been implemented, Linksys Aware should also be able to trigger lights to turn on when you enter a room, and turn off when you leave.

One of the most important new applications that Linksys and Origin envision for Linksys Aware is to help caregivers monitor the health and activity levels of elderly people who are aging in place. A caregiver will be able to monitor a person’s movement inside the home, ensuring that they’re getting out of bed in the morning, going to the bathroom, walking to the kitchen to prepare a meal, and then moving to the living room, for example. If the monitored person’s activity levels change—they’re staying in one room too long, or they’re frequently getting out of bed at night and walking to the bathroom—these can be clues that something is amiss with the person’s health.

This is where the new Linksys Wellness Pods will come into play. These are like wireless mesh nodes, except all they do is monitor disruptions in the mesh network. Deploy one in a bedroom, according to Origin product director Matt Mai, and Linksys Aware running on a Linksys Velop tri-band router will be able to measure and report a person’s rate of respiration—regardless of whether they’re sleeping on their back, stomach, or side—with accuracy sufficient to determine when the person falls in and out of REM sleep.

Wearing a CPAP face mask won’t interfere with the measurements. Origin says that within one year, its algorithms will be sufficiently refined that a Wellness Pod will be able to differentiate and measure two people’s respirations while they’re sleeping in the same bed.

The Wellness Pods are even more useful in detecting falls. During Origin’s demo, a person acting as an elderly person fell to the floor and began breathing rapidly, as someone might do when stressed. Within a nanosecond, the router had sent a notification of the fall to Mai’s smartphone (Mai was acting as the person’s caretaker). The router also triggered an Alexa routine on a smart speaker in the room where the person had fallen, informing them that help was on the way. Within 10 seconds, Linksys Aware had started detecting the fallen person’s breathing pattern and reported that information to Mai as well. Also during the demo, lights turned on when the person entered the room, turned off when they lay down on a bed, and turned on when they got out of bed.

Unlike today’s fall-detection devices, Origin’s technology does not depend on the person wearing a pendant or anything else. Linksys says it will recommend that people buying the Wellness Pods for elder care deploy them in the locations where people most typically fall—in the bedroom and in the bathroom—but there is no practical limit on how many pods can be deployed.