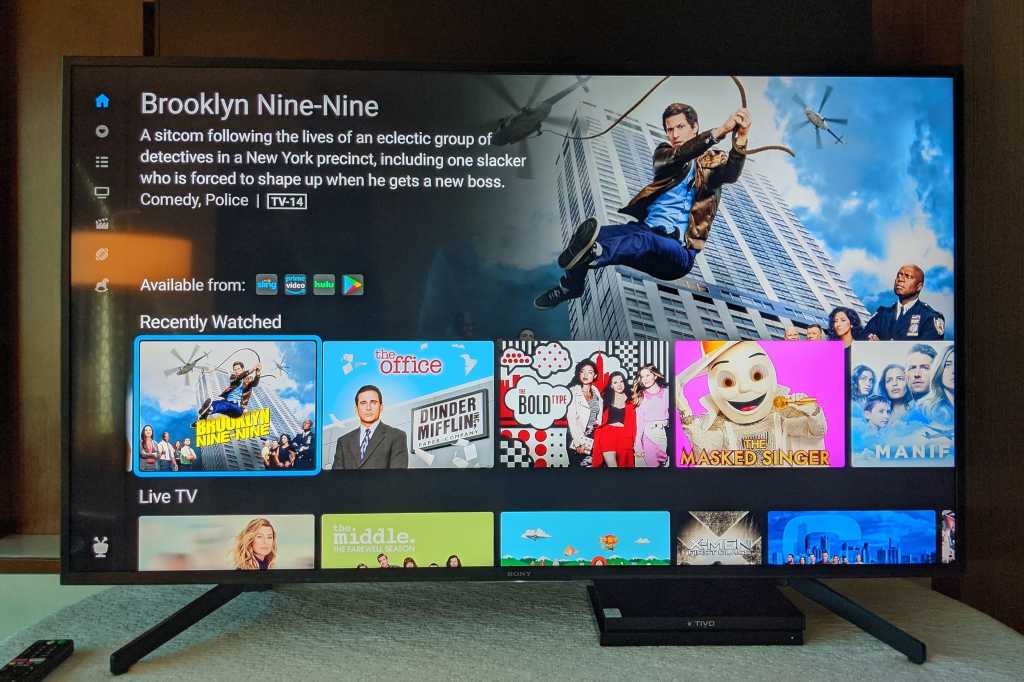 During this week’s CES show in Las Vegas, I checked out an unusual in-development streaming device called Dabby.

The device is part tablet and part streaming TV dongle, and you use the former to control what plays up through the latter. More notably, Dabby’s software provides a single interface that covers practically any streaming source. All you need to do is type or speak what you want to watch, and Dabby will find it.

I’m reserving full judgment on Dabby until it launches in April, but its very existence helps cement what I think will be a major trend for cord-cutting in 2020: The race is on to build the best unified menu for streaming, so you no longer need to sort through a dozen or more apps to see what’s available.

Dabby wasn’t the only example of this at CES. Earlier this week, I wrote about the TiVo Stream 4K, which is not a DVR but rather a streaming device based on Android TV. The best thing about the TiVo Stream 4K is its unified menu, which lets you resume recently watched programs and suggests new movies and shows to watch from across apps like Netflix, Hulu, and Amazon Prime. That means you no longer need to open those apps individually to find their catalogs. Instead, you can choose the actual movie or show, and then select where to watch it.

I also wrote a story this week about the SmartCast software inside Vizio’s smart TVs. Similar to what TiVo is doing, Vizio presents a menu of movies and shows, and scrolling over each one brings up a list of streaming services you can use to watch them.

Even before CES started, JustWatch released new apps for Apple TV, Amazon Fire TV, and Android TV. Once inside, JustWatch recommends movies and shows from across multiple streaming services; it then sends you off to the appropriate one after you’ve made a selection. (Unlike JustWatch’s website or mobile apps, the TV version doesn’t let you set up a personalized watch list, but I suspect that’s coming.) The apps could be a great starting point when you’re unsure what to watch or where to watch it.

To be fair, we’ve seen some attempts to aggregate content this way before. Apple’s TV app for instance, provides a unified watchlist and recommendations across dozens of streaming services, along with special menus for live sports and news. It works really well, though its lack of Netflix support is a downer, and it requires an Apple TV, which most people don’t have.

In other words, no one’s really nailed the idea of a simple, unified guide for streaming TV. But with the recent launch of Disney+ and Apple TV+, and the forthcoming launches of HBO Max and NBC’s Peacock this spring, the need to make sense of it all is only becoming more urgent.

During an interview at CES, Sandeep Gupta, Amazon’s vice president of product development for Fire TV, validated my theory about the forthcoming aggregation push, saying that content discovery will be a major focus for Fire TV in 2020.

“Content discovery needs to improve on devices, and I think that’s definitely something we will be looking at this year,” he said.

In the past, some streaming providers (and Netflix in particular) have been hesitant about the idea of being aggregated into a single discovery mechanism with content from other apps. They’d much rather have people use their apps directly and have all the attention to themselves.

“People can see the shows and what’s on, and what’s happening, and that’s what gets people motivated to watch,” he said.

On some level, this makes sense. Similar to an electronics brand that buys an end cap at Best Buy, a streaming service that promotes its content on devices like Fire TV is going to see more viewership.

The previous decade of streaming, however, was dominated by a small number of streaming services—mainly Netflix, Hulu, and Amazon Prime—that probably didn’t feel the need to jocky for attention on the home screen of a device like Fire TV. Going into 2020, the big risk for those players is that people will start spending more time in new apps like Disney+ or HBO Max, and then start to wonder why they’re still paying Netflix $13 every month.

And maybe by the end of 2020, the ideal streaming interface that’s eluded us all these years will finally arrive.