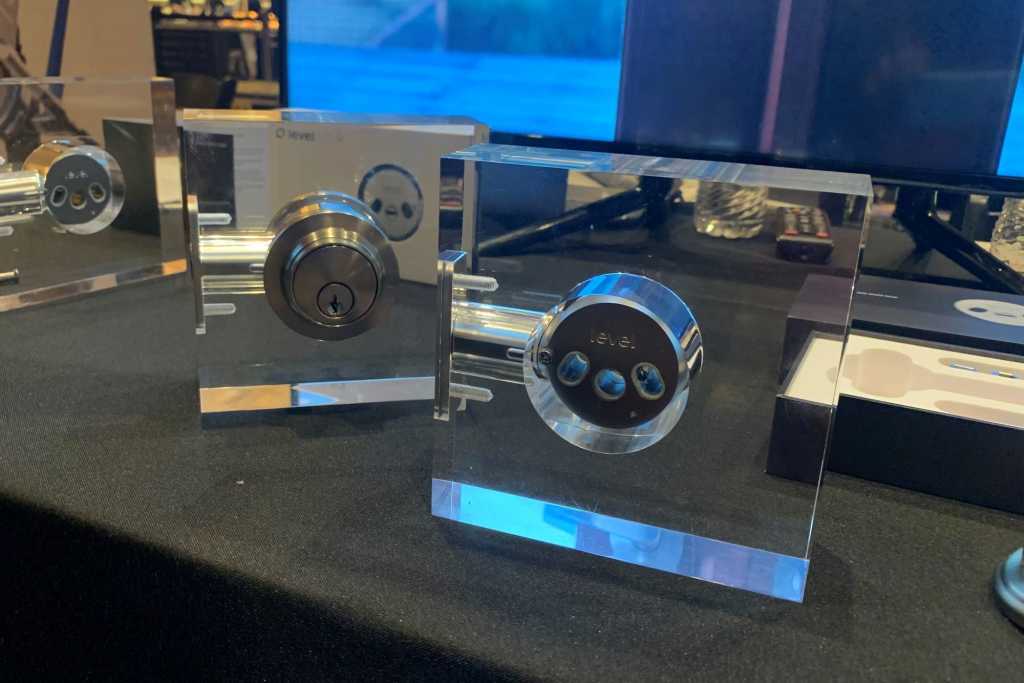 If you want all the benefits of a smart lock but you’d rather not replace your stylish door lock with chunky smart hardware, the upcoming Level Lock might be just the ticket.

On display at CES and slated for release this year, the Level Lock replaces the hardware inside your door lock, including the deadbolt, while allowing you to keep your original keyhole and turnpiece.

Ingeniously, the C2 battery that powers the Level Lock sits inside the deadbolt itself. Level Home, the company behind the Level Lock, promises up to a year of battery life.

Once installed, the Level Lock boasts most of the features you’d expect from a smart lock, including keyless entry with your iPhone or Android phone, the ability to share keys that are only active on a specified day and time, auto-unlocking when you approach the door with an iOS device, and a history of who’s recently locked or unlocked your door.

The Bluetooth-enabled Level Lock, which was first announced last October, is slated to arrive with native HomeKit support, meaning you’ll be able to control the lock with voice commands via Siri. A HomeKit hub (such as an Apple TV, an iPad, or a HomePod) will allow for remote control of the Level Lock, as well as the ability to enable automations.

Unfortunately, there’s no support for either Alexa or Google Assistant, nor is there any Zigbee or Z-Wave support.

Level Home is currently putting interested Level Lock customers on a waiting list. A company rep says the first devices will be shipped out in the coming weeks.

The Level Lock will retail for $249 once it’s generally available, but you can snag it for $199 if you register on Level’s waiting list.