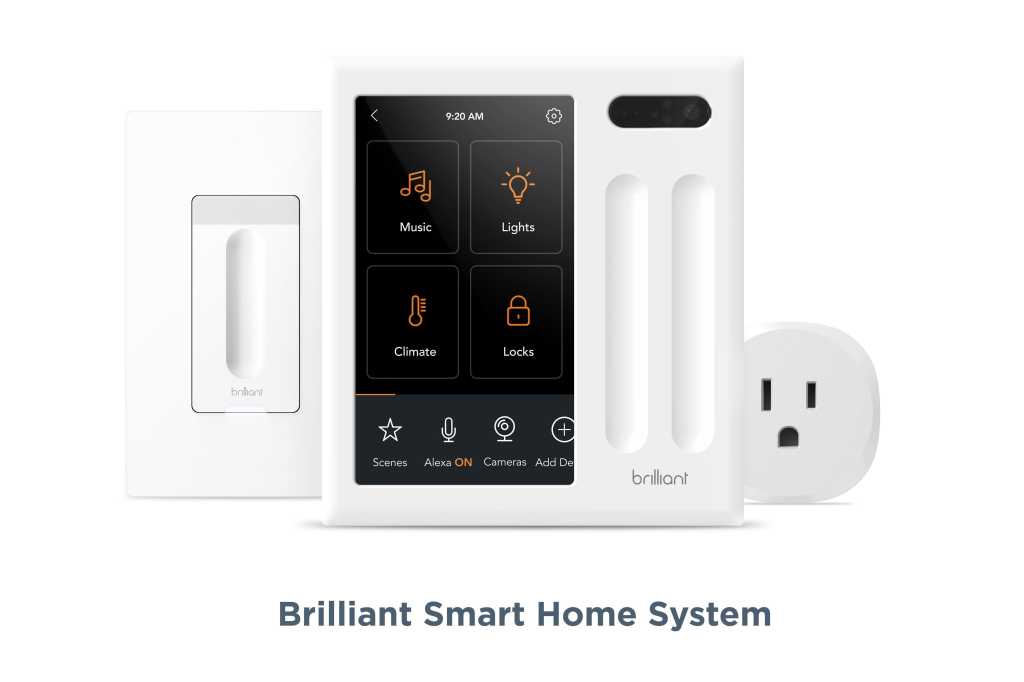 When we first reviewed the Brilliant Smart Home Control in late 2018, we found that the company was justified in describing it as much more than just a smart lighting system. It can also stream a live video feed from a video doorbell, control a Sonos multi-room audio system, interface with smart thermostats, and lots more. At CES, the company is showing an expanded product line that includes a new in-wall smart dimmer and a smart plug for controlling lamps.

Unlike some competing smart lighting products, Brilliant switches can control both smart or dumb light bulbs, and the new switches are relatively low priced, with the dimmer costing $69.99 and the plug costing $29.99. You will, however, need to have at least one of Brilliant’s Smart Home Control panels installed, and those range in price from $299 for one-switch control to $449 for four-switch control.

The new dimmer doesn’t have the fancy touchscreen that the primary control panel has, but it does have touch-sensitive grooves for dimming the lights. And since the switch can control smart lights bulbs, too, not every light must be electrically connected to the dimmer. As with the existing products, the new switch and smart plug are compatible with Amazon Alexa, Google Assistant, and Apple HomeKit. They can be incorporated with lighting products from Philips Hue, LIFX, TP-Link’s Kasa Smart line, Lutron, and Leviton.

Brilliant is taking pre-orders on the new devices now and expects to ship them later in January.