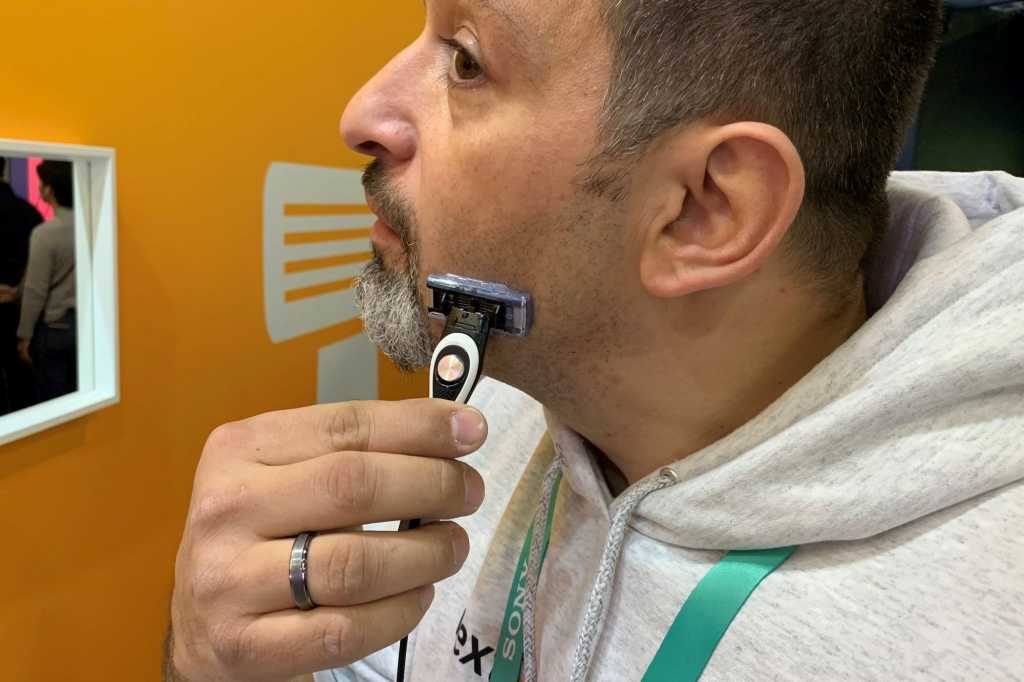 No, BIC doesn’t have any plans to sell a smart razor quite yet, but the shaving giant is giving away a new Bluetooth-equipped prototype to learn more about how people are shaving.

Part of collaboration with French smart device developer Invoxia, BIC’s new AI-enabled razor is designed to collect data about how you shave, analyzing everything from how many strokes you use on either side of your face to the temperature and humidity in your bathroom.

On display here at CES, the Bluetooth razor (which is designed specifically for facial shaving) can also track such shaving factors as the speed of your strokes, the various directions in which you’re shaving, the density of your facial hair, blade dullness, and even (depending on how often you’re rinsing the razor under the faucet) how much water you’re using.

The razor sends its collected data via Bluetooth to a mobile app, which features a dashboard that tabulates (among other things) how many stroking and rinsing “events” occurred during a given shave.

The data is also sent to BIC’s R&D labs to help guide the development of new razors that might, for example, cater to the needs of users with specific facial shapes and hair densities.

The initial version of the BIC mobile app won’t offer any insights or suggestions to users based on their shaving habits, which could be handy for those of us who irritate our skin because, for example, we’re shaving way too much on our necks or under our chins.

An Invoxia rep said those features might arrive in future updates, but stopped short of making any promises.

While BIC doesn’t have plans to sell its new AI razor, it will be giving them away to users who sign up on the NextBICThing.com website. BIC should start sending out the free razors to registered users in the next three or four months.