Your camera's Auto mode can be a blessing and a curse. The mode does a great job of choosing appropriate in-camera settings when you're shooting in broad daylight or in well-lit rooms, so it's a quick and easy way to snap decent photos with minimal work. However, it can also become a crutch that keeps you from getting the best shot possible. 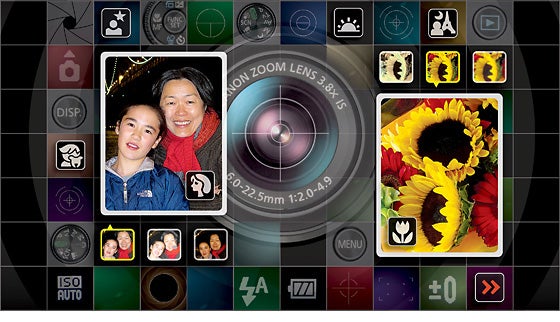 Every camera--even a bargain-bin point-and-shoot--has image-enhancing options hidden in its menus. The lowest-end cameras have scene modes that adjust settings based on the environment and usually produce a prettier shot than Auto mode will. And by using a digital SLR or a camera with manual controls, you can take your photos to another level entirely.

How much can a scene mode or a manually exposed shot enhance your photos? PCWorld Labs manager Tony Leung, PCWorld photographer Robert Cardin, and I worked together to find out. We picked six common shooting scenarios, some of which require tricky manual adjustments to capture the ideal shot, and we took a picture several times in each scenario: one using the Auto setting, one using the appropriate scene mode, and one on which we manually adjusted the settings. In most cases shooting with a scene mode offered a vast improvement over using Auto mode. In a few instances, tweaking manual settings resulted in a better-looking (or dramatically different-looking) shot than the scene mode delivered. Judging from those results, we definitely recommend using a scene mode instead of Auto mode in most cases.

For the test, we used our top-rated point-and-shoot camera, the Canon PowerShot S90. It offers very good images for a point-and-shoot, a selection of scene modes, manual exposure and focus controls, and, of course, an Auto mode. The S90 also has a wide-aperture f/2.0 lens and good high-ISO performance for a pocketable fixed-lens model; those factors let us shoot at higher shutter speeds, achieve shallow depth-of-field effects, and take better shots in dark environments.

Our test shots are meant to serve as a good representation of what a photography novice can do with simple in-camera adjustments. You're bound to get different results if you use a different camera--in general, you'll see better image quality and have more manual options with a DSLR and less-impressive photos and fewer options with most point-and-shoot cameras.

The Basics: A Glossary of Commonly Used Camera Controls

Shutter speed: Using a slow shutter speed lets you capture more light over the course of a shot, and it turns moving objects into a blur. In most cases you should use a tripod (or at least a flat, solid surface) when you're shooting at slow shutter speeds. As long as both your camera and your subject remain very still, a slow shutter speed is the ultimate weapon for capturing a crisp, bright, well-detailed shot in poorly lit environments.

If you use a slow shutter with a moving subject, the blur effect can work to your creative advantage, conveying speed or adding an otherworldly effect to flowing water. Conversely, use the fastest shutter speed possible to freeze a fast-moving object in place.

Aperture settings: Aperture is the yin to the shutter speed's yang--use them in perfect balance. A wider aperture lets in a lot of light, allowing you to use faster shutter speeds. Lenses with wide apertures also permit shallow depth-of-field effects that keep the foreground in focus and the background a bit blurry.

Finding the sweet spot can be tricky: Some combinations of aperture and shutter speed lead to pitch-black photos, and others look completely overexposed. To help you find the right balance, many cameras have aperture priority and shutter priority modes in which you select your preferred setting for aperture or shutter and the camera automatically optimizes the other setting.

ISO equivalency settings: Higher ISO numbers let you shoot in dark situations and at faster shutter speeds without using a flash. Although they help you brighten an image without futzing with aperture or shutter settings, they also tend to degrade image quality. With most point-and-shoots, high ISO settings translate into more visible noise in photos. In fact, the quality of high-ISO results is one of the biggest differences between DSLRs and point-and-shoots--DSLRs have large, powerful sensors that eliminate most of the graininess you'll get with a lower-end camera.

Boosting the ISO settings in your camera also takes a toll on photos' color accuracy, as the exposure often takes on a red or orange tint as the sensor's light sensitivity increases.

Next: Portrait and Macro Modes