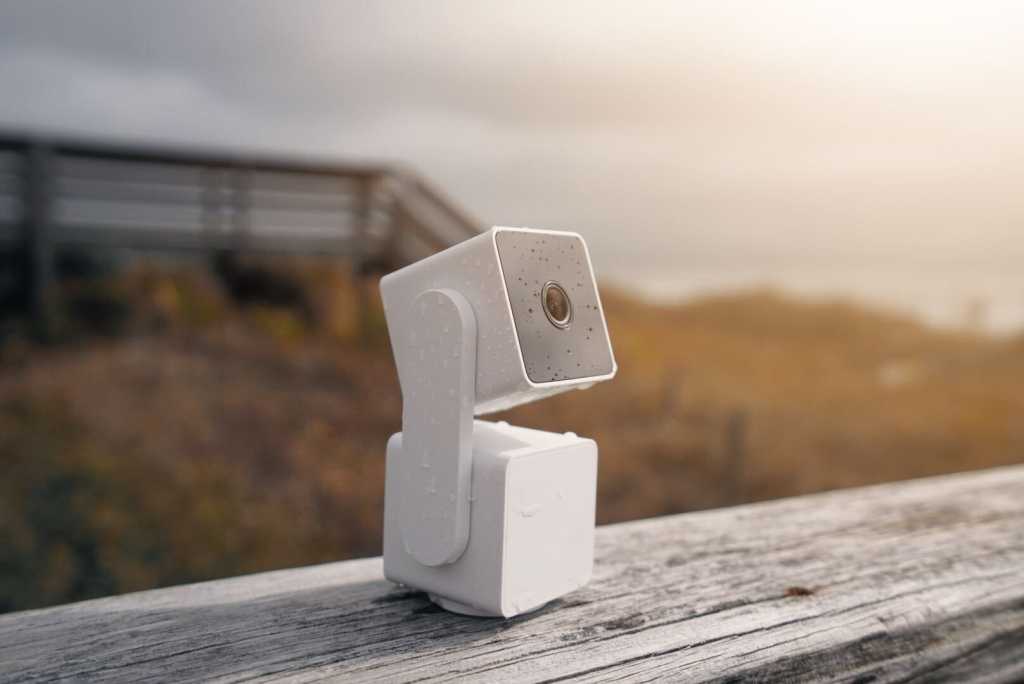 Nearly five years after its initial release, the Wyze Cam Pan is finally getting a significant revamp, including an all-new design, much improved tilt coverage, and best of all, weatherproofing that allows it to be deployed indoors or out.

Available now for $33.99 plus shipping, the Wyze Cam Pan v3 has a radically different look than the unibody design of the first Cam Pan and its 2021 follow-up, the Cam Pan v2.

The new Cam Pan has a hinged two-piece design, with the tilting, cube-shaped top module housing the camera lens while the bottom cube is attached to a circular swiveling base.

Thanks to the new design, the Cam Pan v3 can now tilt up to 180 degrees, versus just 93 degrees for the first- and second-generation Cam Pans. The redesigned Cam Pan still pans a full 360 degrees, same as its predecessors.

The Cam Pan v3’s revamped design also enables a new “Privacy Mode” feature, which blocks the camera lens by tilting the top module straight down, so it faces the top of the bottom cube. You can activate Privacy Mode by tapping a button on the Wyze app.

Another key improvement for the Cam Pan v3 is that it’s the first version of the camera that can be used outdoors. The revamped Pan Cam arrives with an IP65 rating, which means it’s completely dust-tight and should offer protection from low-pressure water jets sprayed from any angle.

Also new is an included wall/ceiling mount, which allows you to mount the Cam Pan v3 (for example) upside-down beneath an eave.

Finally, Wyze says that the Cam Pan v3 is quieter than the first two versions, with the company claiming a 52-percent dBA reduction in noise when panning or tilting.

Other features on the Cam Pan v3 are carried over from the originals, including color night vision, motion tracking (which lets the camera lens lock onto a moving object), two-way audio, and the ability to monitor the room in a pattern using four pre-assigned waypoints.

As with other Wyze security cameras, the Cam Pan v3 works with Alexa and Google Home, but not Apple HomeKit.

Video events can be stored locally on a microSD memory card or in the cloud using Wyze’s Cam Plus service, which costs $2 a month per camera and includes person and package detection. It’s worth noting that the Cam Pan v3 will not work with Wyze’s pay-what-you-want Cam Plus Lite plan.

We’re expecting an evaluation unit of the Wyze Cam Pan v3 any day now, so stay tuned for a full review.