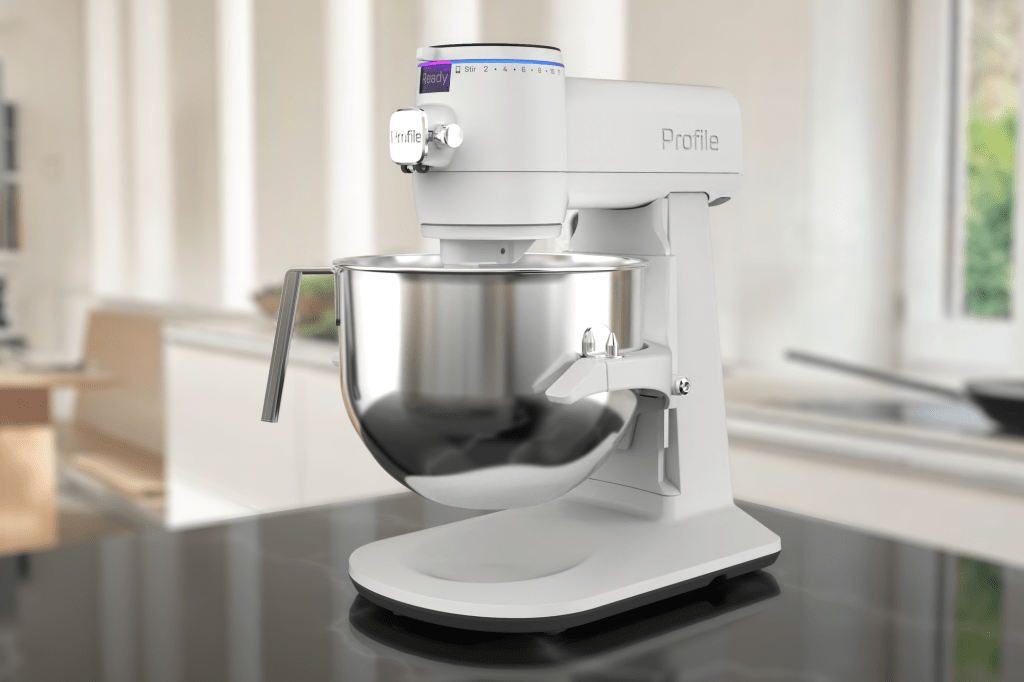 Smart kitchen appliances are nothing new, but we’ve recently seen the focus move from refrigerators, stoves, and dishwashers to smaller utility products. GE Profile has been building smarts into both categories of kitchen appliances, and the company is showing off its Profile Smart Mixer at CES this week.

The GE Profile Smart Mixer was made available to commercial buyers last year, but CES marks the debut of the mixer at Crate & Barrel retail stores nationwide. The Smart Mixer is also available online through the GE Appliances website.

The mixer joins an already expansive line of Profile-branded smart appliances, including air conditioners, water heaters, kitchen vents, and even an espresso machine.

While a smart mixer might sound like smart-home overkill, some of this one’s key features could be extremely useful in the kitchen.

Autosensing technology can monitor the consistency of what you’re mixing and control motor speed, while a built-in smart scale weighs ingredients in the mixing bowl. The Smart Mixer automatically shuts off when it detects its contents have been mixed appropriately to prevent under- or over-mixing.

Voice control through Alexa and Google Home is available for hands-free use, and it includes support for GE Profile Connect+, which delivers updates to the mixer over Wi-Fi, plus more than a dozen recipes at launch.

Of course, the smart home functionality isn’t the Smart Mixer’s only appeal. A digital display on the front shows information on speed, time, and weight, while a lift-and-lock design makes for easy left- or right-handed use.

Attachments can be removed and changed with a single click, and a light bar around the top allows you to monitor your mixer from a distance.

Available in white, black, and silver, the GE Profile Smart Mixer retails for $999, and unlike many things at CES, it’s available now.