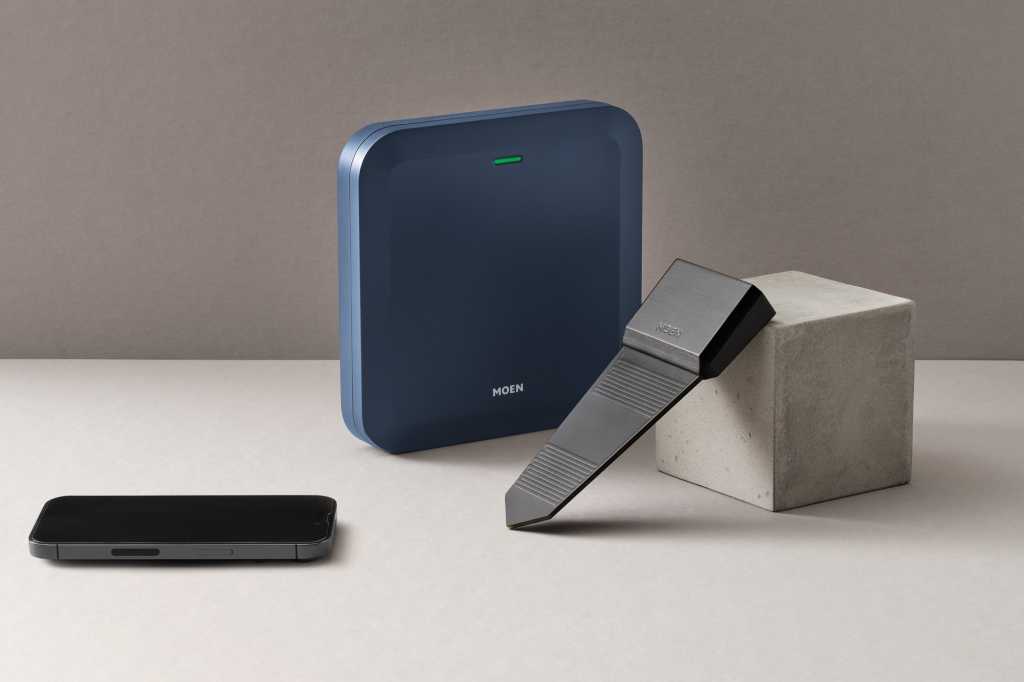 Moen’s new smart sprinkler controller offers a feature competitors like Rachio and Orbit don’t: A remote sensor that monitors the temperature and moisture content of the soil your lawn is planted in. The new controller can also communicate with Moen’s Flo Smart Water Monitor and Shutoff valve.

TechHive has reviewed all the major smart sprinkler controllers, and they all operate on the same basic premise: The controllers operate on a preset schedule and/or they monitor local weather conditions, so you don’t waste water by irrigating unnecessarily.

Moen’s product offers those same features, but it promises to go one step further by optimizing your watering cycles according to the temperature and moisture content of your soil in which your grass is growing at one-, three-, and five-inch depths. This is accomplished with a wireless sensor that you stake into the ground.

Checking moisture levels is a no-brainer, but why is soil temperature relevant? Because there’s no point in watering your lawn if the ground is too frozen to absorb it. And unlike sprinkler controllers that automatically pause irrigation after a recent rainstorm, Moen’s system will check the moisture content at multiple depths to ensure that the water penetrated to the grass’s root system.

Compatibility with Moen’s Flo Smart Water Monitor and Shutoff ensures that the smart valve won’t misinterpret an irrigation session with a water leak or a burst pipe. In our reviews of smart water valves, the device’s would sometimes misidentify an irrigation session with a water leak and shut down the home’s water supply for safety. While it’s better to be safe than sorry, it can be very annoying to be in the shower when the water stops flowing. Moen has not announced a release date or a sale price for the Moen Smart Sprinkler Controller; we’ll update this article as soon as we obtain those details.