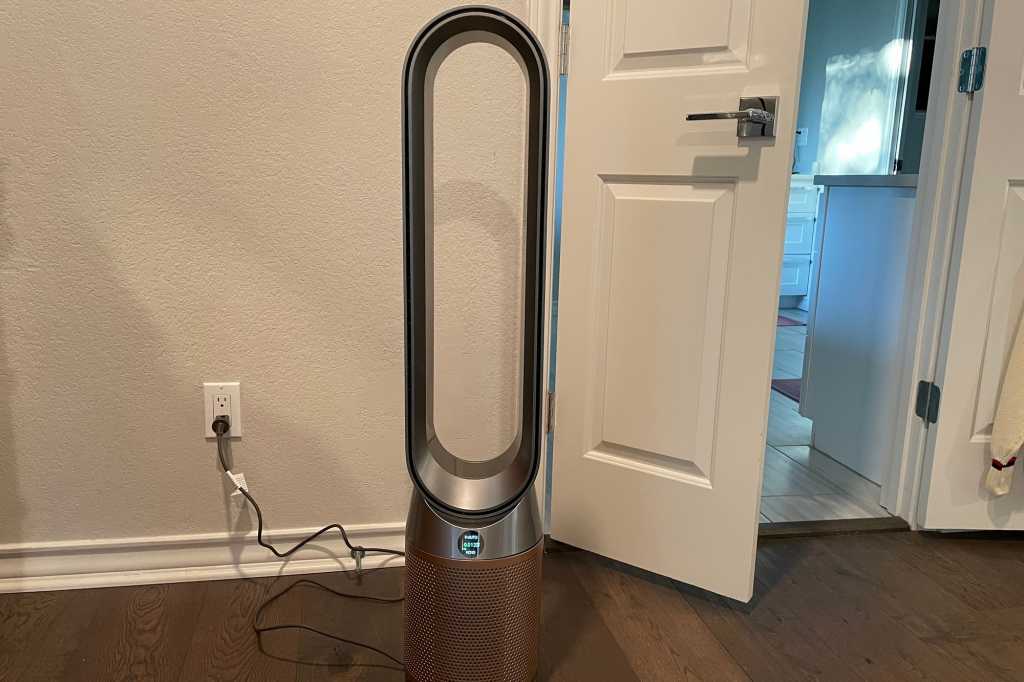 Dyson kills it on the design front as usual, but this purifier can’t match the power of other units in its price range.

Like just about everything Dyson does, its air purifier is unique in every way. From design to functionality to even the name of the device, the Dyson Purifier Cool Formaldehyde is a particular and original (and very pricy) air-cleaning device.

Let’s start with that name: Cool Formaldehyde doesn’t exactly roll off the tongue, but both words have relevance. “Cool” because the purifier is also a fan—bladeless in design, of course. “Formaldehyde” because the unit has a special sensor and catalytic filter designed specifically to detect and destroy formaldehyde, a harmful chemical that can be found in everything from insulation and plywood to cosmetics and dish soap. In other words, your house is probably filled with the stuff, and since formaldehyde is a gas, a standard HEPA filter can’t remove it.

This review is part of TechHive’s in-depth coverage of the best air purifiers.

If the specter of formaldehyde is something that keeps you awake at night, look no further than this unit, which keeps track not just of levels of that chemical but also nitrogen dioxide, other VOCs (volatile organic compounds), and both PM2.5 and PM10 levels (particulate matter 2.5 and 10 microns in size respectively). A battery of filters—four separate filtration components affixed to the purifier—remove all that stuff. (More on this in a moment.)

The Dyson TP09 is certified under the Asthma & Allergy Friendly Certification Program from the Asthma and Allergy Foundation of America and Allergy Standards Limited, but its CADR (clean air delivery rates) numbers are difficult to find, in part because Dyson doesn’t really believe in them. A little digging will turn up some specs, revealing stats of 82 cfm (smoke), 92 (dust), and 101 (pollen) and a maximum supported room size of 127 square feet. Those numbers are all particularly low for a machine of this size and price. And thanks to the fan feature, the unit can be quite loud even at relatively low speed settings; my wife said she thought it was too noisy to have on at night even while in sleep mode.

The Dyson TP09’s unique design pulls air in through its base, and rather than using a cylindrical filter, the Dyson requires four semi-circular filters, two stacked on each side. Two of the filters are HEPA H13 particulate filters, while the other two are carbon-type units for odor and VOC removal. The Dyson catalytic filter is a separate device that’s found somewhere in the innards of the purifier. It never needs to be replaced, but the other filters will run you $80 per replacement set. (Filters should last about 12 months, according to the company.) While putting all of this stuff together takes quite a while—and is less intuitive than I’d like—the app portion of the setup process is quick and painless, connecting the unit to your 2.4GHz Wi-Fi network in a matter of minutes.

The purifier weighs 10 pounds and measures a not-inconspicuous 41 inches in height, most of which is devoted to the bladeless fan. The system can swivel and oscillate along 350 degrees of motion, and the airflow direction can be adjusted among 10 speeds—and even reversed, if desired. Auto and night modes are also available on the tiny, included remote control, but the unit itself includes only a power button and a small color LCD status screen giving you a look at ambient conditions, filter life, and the like.

You’ll get much more detailed information about your room from the Dyson app, which provides all the same controls as the remote, plus a timer system. (Note there is no scheduling system available, although Alexa and Google Home systems are supported as a workaround.)

All the various pollutants the TP09 tracks can be monitored in the app, but you’ll need to swipe around to various parts of the home screen to find them all. (Swipe up and you’ll find a graphical tracking system for each pollutant, plus temperature and humidity. This is all tracked on a daily basis.)

Is Dyson’s air purifier a good value? All told, there’s lots to like about the Dyson Purifier Cool Formaldehyde TP09 air purifier, including its fan, a bevy of pollutant detection features, and that unique formaldehyde-killing technology. That said, the TP09’s limited power and high price will be dealbreakers for some shoppers.