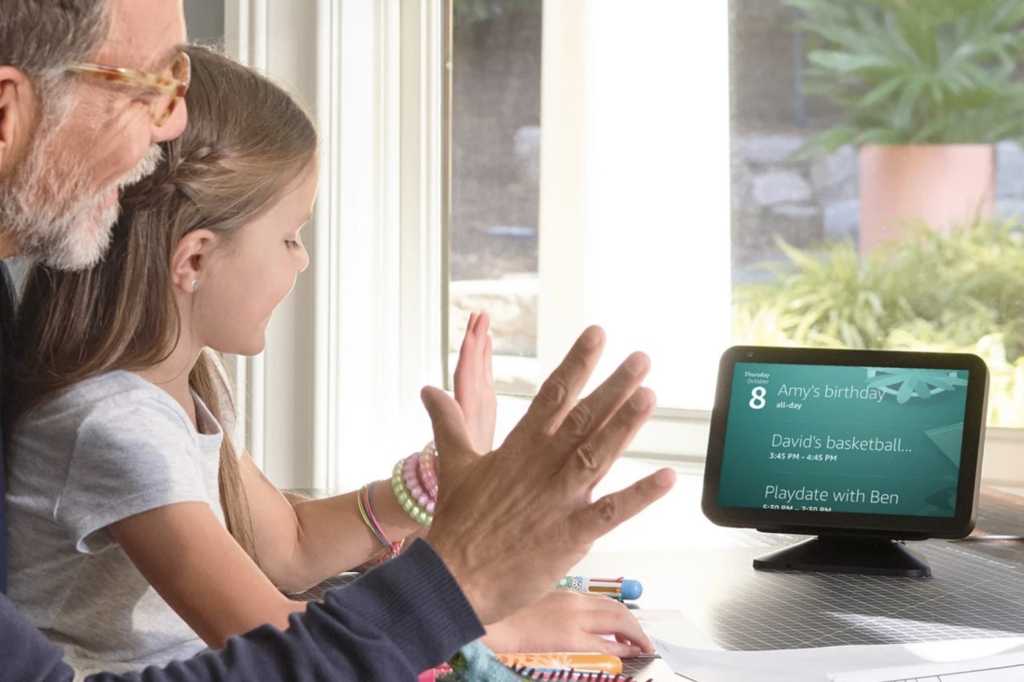 Wish there was another way to stop a beeping Alexa timer, aside from saying “Alexa, stop!” over and over? Now there is, provided you’re the owner of one of Amazon’s newer Echo Show displays.

You can now stop an Alexa timer in its tracks by waving your hand at a camera-equipped second-gen Echo Show 8 or a third-gen Echo Show 10, Amazon said in a blog post Tuesday.

The feature may sound familiar to users of Google’s Nest Hub and Nest Hub Max displays, which have long supported hand-waving gesture controls.

On the Nest Hub Max, you can dismiss Google Assistant timers with a wave of your hand, as well as dismiss alarms, pause media, and stop the Assistant from talking.

The second-gen Nest Hub also lets you stop the Assistant from talking or pause and resume media with a hand-waving gesture, although a hand wave won’t dismiss timers or alarms on the smaller Hub.

While Amazon’s Echo Show displays and the Nest Hub Max use their cameras to detect gestures, the latest (and camera-less) Nest Hub employs a Soli chip with radar technology, which the display also uses for sleep tracking.

For now, waving your hand at an Echo Show will only dismiss timers, and won’t control alarms or media playback.

To enable the hand-waving gesture on an Echo Show, go to the Settings menu on the display and tap Device Options > Gestures.

Amazon also announced a couple other Echo Show features alongside the ability to dismiss timers with a wave.

The existing Tap to Alexa feature, which previously let you make Alexa requests by tapping the screen, now lets you tap in phrases that your Echo Show can read aloud. You can also create shortcut phrases (such as “I’m hungry,” Amazon suggests) that can be spoken with a tap.

Another new accessibility feature lets you enable call, closed, and Alexa captioning on all your Echo Show devices at once.