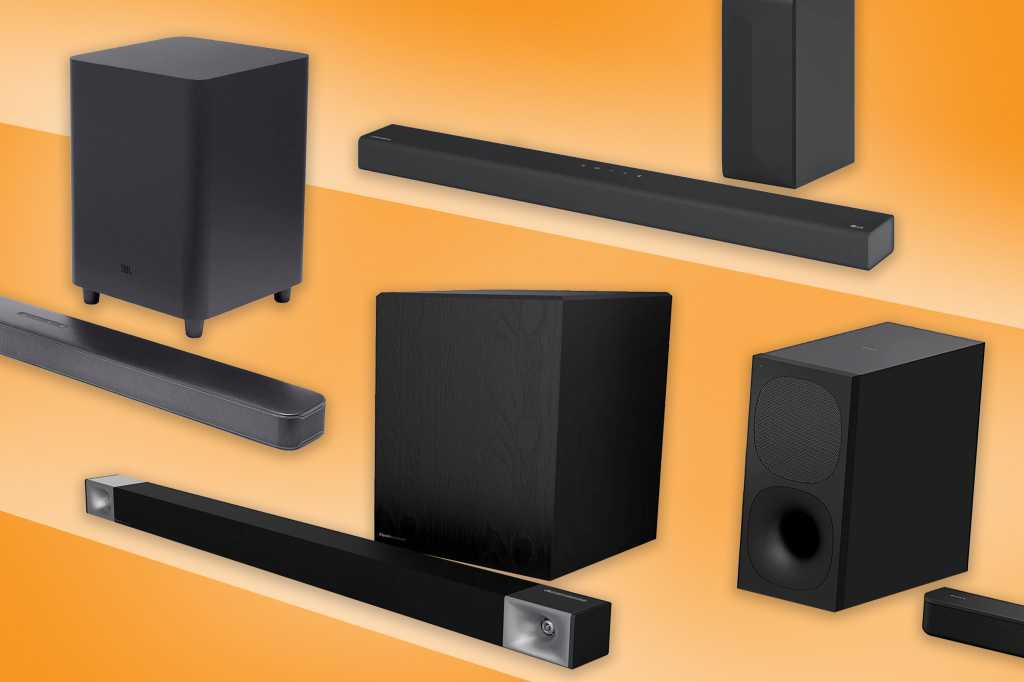 Cyber Monday has arrived, and plenty of soundbar deals are on the menu, from budget-priced soundbars for the bedroom to decked-out models with surround speakers and Dolby Atmos.

We’re seeing steep discounts on soundbars from Bose, Denon, JBL, LG, Polk Audio, Roku, Samsung, and Vizio. Even Sonos, which rarely offers discounts, is getting in on the Cyber Monday action this year.

Are Cyber Monday soundbar deals really worth it?

Yes, while someone somewhere is having a soundbar sale on every day ending in “y,” retailers really do slash prices for Black Friday and Cyber Monday. And we’ve found legitimate good deals on every type of soundbar, from simple two-channel models to the most elaborate surround-sound rigs. And you can trust TechHive’s editors to point out the best deals we can find, ignoring offerings labeled as “deals” when the asking price is no different than at any other time of the year.

No. We haven’t reviewed every one of the on-sale models listed above, but we’re only pointing out products from the top manufacturers— LG, Polk Audio, Samsung, Sonos, Sony, and Vizio—and we have reviewed more than a few soundbars from each of those companies. We’re confident these deals are good values.

Which soundbars does TechHive rate the highest?

Be sure to check out this extensive list of TechHive’s favorite soundbars, with picks for a variety of price points.

Whether you’re shopping for an affordable soundbar to place in a second room, or a top-of-the-line model with features like surround speakers, a wireless subwoofer, Wi-Fi connectivity, and Dolby Atmos, we’ve got you covered.

What are the best Cyber Monday soundbar deals?

Keep an eye on Amazon for steep soundbar discounts from a range of manufacturers, with LG, Polk Audio, Samsung, and Vizio often serving up the best deals.

Also, make sure to check Best Buy, Home Depot, Target, Walmart, and other big online sellers, who will often price-match or even undercut the best discounts on Amazon.

Do you need to be an Amazon Prime member to get the best Cyber Monday deals?

Unlike Prime Day, most Black Friday and Cyber Monday deals on Amazon are open to everyone, not just Prime members.

That said, Amazon Prime subscribers do get to unlock free shipping for many items, among other benefits (chiefly Amazon Prime Video, Amazon Music, and Prime Gaming).