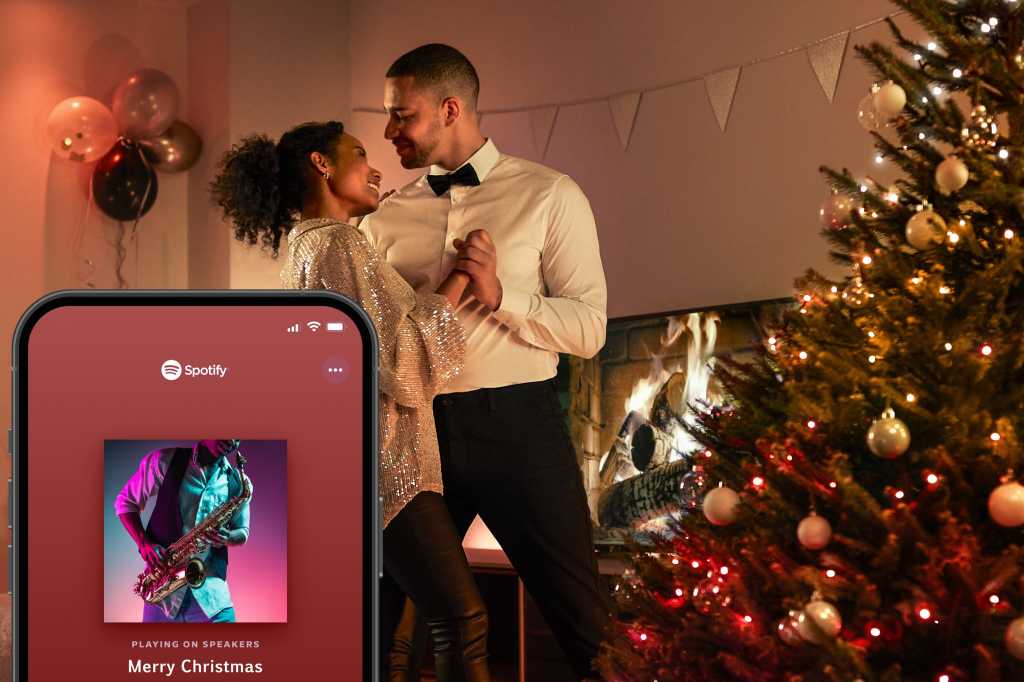 At first glance, the Festivia looks just like a garden-variety string of Christmas lights, and they’re poised to compete with similar smart string lights from Twinkly.

Of course, you could always control your holiday tree with the Hue app by plugging your Christmas lights into the Hue Smart Plug.

But the Festivia lights offer a much deeper level of integration, including the ability to adjust the brightness of the LEDs, change their colors, and enable gradient light effects.

The indoor-only lights can also sync with your music, either via the Spotify functionality in the Hue app or the new Hue music-syncing ability in the SmartThings app on Samsung Galaxy phones.

You can’t daisy-chain multiple Festivia strings together, but you can (of course) group multiple strings in a room using the Hue app.

Alongside the Festivia lights, Phillips Hue announced some new Hue app features that dovetail with the upcoming string lights.

A new Sparkle effect will make each LED on the Festivia string lights twinkle, while the Scattered effect makes five random colors spread along the string.

The Festivia string lights should also work nicely with the existing Candle, Fireplace, and Linear effects in the Hue app.

As with most things Hue, the Festivia lights won’t be cheap, with an expected price tag of $159.99. The lights will be available exclusively through the Philips Hue website, according to a press release.