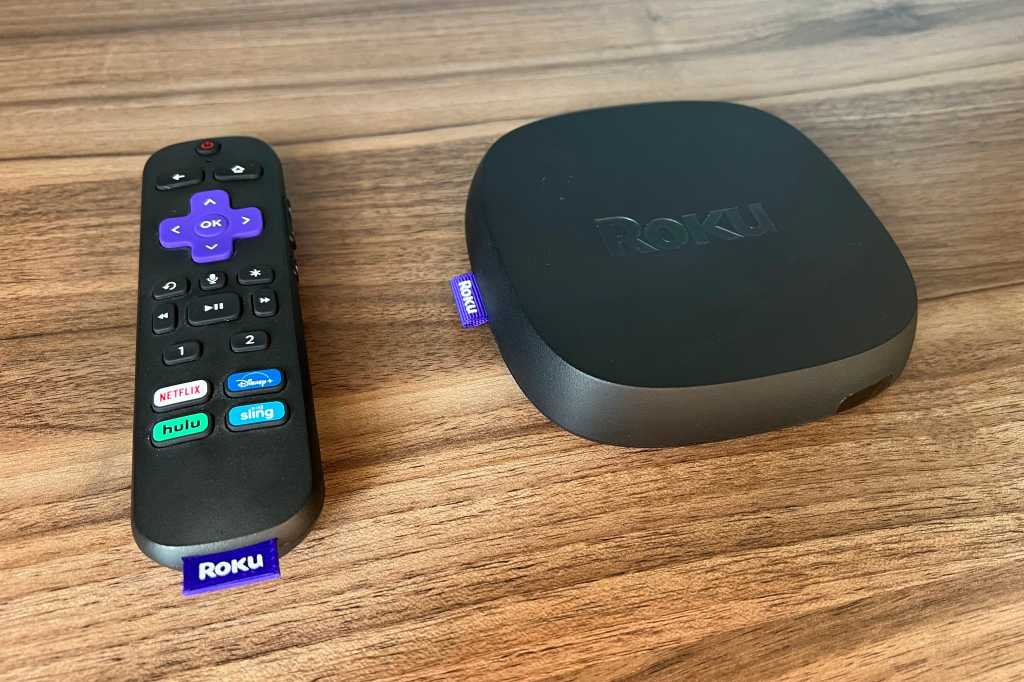 Jared Newman / Foundry
At a glance

Roku’s flagship streamer is loaded with features, but some old annoyances remain.

Roku’s streaming players have always been easy to recommend, and the $100 Roku Ultra has always been the nicest Roku you can buy.

The current version, which technically launched in 2020 but gained a new remote in 2022, is loaded with thoughtful features. It has a remote-finder function, hands-free voice control, Bluetooth audio, and ethernet connectivity. The software is also easy to understand, and new features like the Save List can help you keep track of your shows.

But it’s not without some downsides. Other streaming players still provide better ways to figure out what to watch, and among high-end streamers in particular, the Apple TV 4K stands above for offering faster performance, better A/V gear integration, and fewer annoying ads.

If you’re comfortable with Roku and want something a little nicer than the also-great Roku Streaming Stick 4K, the Roku Ultra is a strong option. But the field is crowded enough that there are reasons to look elsewhere.

A box of bells and whistles

Compared to cheaper streaming sticks that can tuck away behind the television, the Roku Ultra is more conspicuous, but it’s not an eyesore. The plastic enclosure has a matte finish throughout—an improvement over earlier, glossy models—and a design that curves gently inward around the top.

For port selection, the 2022 Roku Ultra includes a USB slot for playing local media files, plus an ethernet port and the requisite HDMI output. (An HDMI cable is included for good measure.)

While the Ultra no longer offers a MicroSD card for expandable app storage—that feature died with the 2018 model—Roku’s automatic storage management remains a standout feature. If you run out of space for a new app, Roku will automatically offload unused apps to make room, so you never need to stress about it. The advantage of this system can’t be overstated as the number of streaming services balloons.

As for performance, the Roku Ultra is generally a couple seconds faster at launching apps than the Roku Streaming Stick 4K, and scrolling through the interface always feels zippy. It can’t quite match the blazing performance of the Apple TV 4K, however, and it lacks any kind of recent app switcher, like you find on both the Apple TV and Amazon’s new Fire TV Cube. Speed alone is not a major difference maker here.

The Roku Ultra is also a half-step behind other high-end streamers on the Wi-Fi front, using the aging Wi-Fi 5 standard instead of Wi-Fi 6 or Wi-Fi 6E. (Both the latest Fire TV Cube and new Apple TV 4K support the latter.) Still, this isn’t likely to matter much in practice, as no streaming service demands download speeds of more than 25 Mbps, and in my testing the Ultra has been more reliable at longer range than most cheaper streaming sticks.

An upgraded remote and audio options

In May 2022, Roku started bundling the Ultra with the Voice Remote Pro, the company’s best remote. It has a headphone jack for private listening, a speaker for the Ultra’s remote-finding function, support for hands-free “Hey Roku” voice commands, two programmable buttons, and a rechargeable battery.

This is a comfortable remote to hold, and Roku’s use of varied button shapes makes navigation easy without looking. You can map the programmable buttons to any voice command, so they can launch a favorite app, bring up Roku’s live channel guide, or toggle closed captions, among other things.

“Hey Roku” commands come in handy as well, letting you launch shows by voice in services like Netflix, HBO Max, and Disney+. Still, the available commands are far less comprehensive than those of the Fire TV Cube. You can’t navigate the entire system by voice, nor can you tune to live TV channels in services like YouTube TV and Hulu + Live TV. (If you’re wary of always-listening microphones, the remote has a physical off-switch.)

One big remote-related problem remains, though: While the remote’s infrared emitter can control TV volume and power, it’s incompatible with third-party soundbars and A/V receivers that rely on IR. If your sound system isn’t set up with HDMI-CEC, you’ll need a separate remote to adjust the volume.

In addition to the headphone jack on the remote, the Roku Ultra supports two additional forms of private listening: You can connect Bluetooth headphones or earbuds directly to the streaming player, or you can pair them with your phone and listen to TV audio through Roku’s mobile app. The latter is especially convenient if you’d rather not unpair your earbuds from your phone, but the direct Bluetooth-to-Roku option is nice to have given that it’s table stakes on other streamers.

The Roku Ultra also has a couple of neat tricks not found on most competing players. It supports Bluetooth audio input, so you can play music through the TV from a phone or tablet. Like other Roku players, it supports Apple AirPlay, so you can use an iPhone, iPad, or Mac to stream media or mirror your screen. (The only other non-Roku streaming player with AirPlay support is the Apple TV.)

Software: A work in progress

With pretty much every Roku review, my custom is to ding the company for its backwards-looking interface. For too long, Roku has put too much emphasis on apps over content, doing little to help users make sense of a growing number of streaming options.

Things are finally starting to change. With Roku OS 11.5, the company has introduced a “Save List” feature that allows you to bookmark movies and shows from across different services. And it will soon debut a “Continue Watching” feature to help pick up where you left off. Both features reside in Roku’s “What to Watch” menu, which is now much more useful than had been.

Roku’s search menu has also received an overhaul, serving as a place for recommendations without even having to search for anything. From here, you can look through popular movies and shows, browse by genre, and reference recent searches.

This all still feels a bit rudimentary compared to other platforms. The “Continue Watching” row, for instance, will only support Netflix, HBO Max, Paramount+, and The Roku Channel at launch, and the Save List doesn’t work with Netflix (which seems to delight in blocking such features). Unlike on Google TV, there’s also no simple way to filter Roku’s recommendations to just the services you care about.

It’s also worth noting that all these features remain tucked away from Roku’s main menu, which is still just a big grid of apps. But perhaps that’s for the best. Plenty of folks still prefer the app-centric approach, and Roku doesn’t need to blow up its entire interface while its universal guide features are still under construction. At least for those who want more content-centric navigation, Roku is starting to offer options.

The only other lingering nitpick with Roku’s interface is the advertising. While it’s not nearly as aggressive as the banner ads on Amazon’s Fire TV streamers, the extra-large ad in Roku’s app grid only leaves room for three columns of apps and makes navigation feel claustrophobic. For $30 more, the Apple TV’s ad-free home screen is a refreshing experience, and its universal guide features are better to boot.

Who’s the Roku Ultra for?

So where does that leave the Roku Ultra? In a bit of an awkward spot despite its accolades.

Most folks who enjoy the Roku experience should seek out the Roku Streaming Stick 4K instead. At $50, it’s half the price of the Ultra, and all you miss is ethernet, USB media, Dolby Atmos, and the improved Voice Remote Pro. If you really want the improved remote, you can bundle it with the Streaming Stick for $70.

Once you get into the $100-and-up range, there’s a slightly stronger case for the Apple TV 4K, which addresses a lot of the Roku Ultra’s lingering annoyances around A/V control and advertising. And for hands-free voice control, the Fire TV Cube can’t be beat despite its many frustrations.

The Roku Ultra, then, is exactly what it claims to be: Everything you expect from Roku, with a few extra bells and whistles. For some folks, maybe that’s enough.