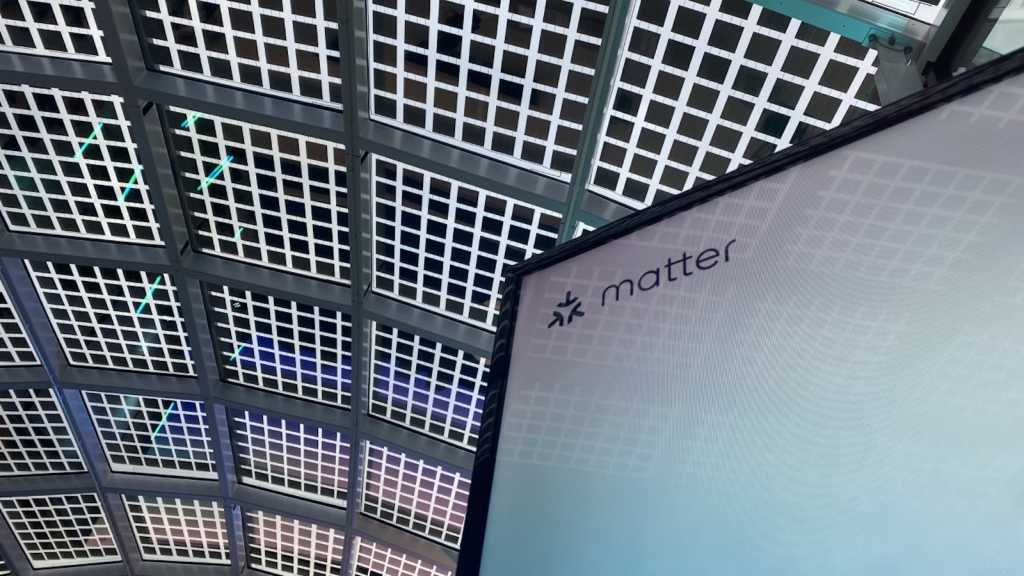 The Connectivity Standards Alliance (CSA) officially launched the Matter smart home protocol on Thursday, November 3. Matter is the result of a collaboration over several years by 300 key technology companies, several of whom were represented by featured speakers or freshly Matter-certified products at the celebratory event in Amsterdam last week.

The brands behind Matter–more or less the entire smart home industry–have invested a significant amount of time, work, and resources into its creation. In his keynote speech, CSA president and CEO Tobin Richardson spoke of the hundreds of thousands of engineering hours that have gone into developing the protocol since 2016, while Amazon’s Director of Smart Home and Health Marja Koopmans referenced her 20 hours of Matter-related meetings per week and the challenge of the scale of the collaboration: “Imagine trying to get 300 people to think the same thing. Now imagine that those are companies.”

The endgame for these players is a revolution in smart home product-buying, driven by a seamless user experience. However, the first steps towards adoption will involve “a smooth transition, not a step function”, as Silicon Labs’ Senior Vice President of Software Development Manish Kothari said.

This was evident in the choice of products up for certification. The first device submitted by Schneider Electric was the Wiser Gateway, which is designed to bring existing Wiser smart home devices into a Matter-controlled ecosystem.

It’s clear that no one is expecting consumers to dismantle and re-buy their smart home set-ups. Nor would that be possible.

In fact, only specific categories of smart home device can be certified to Matter 1.0, which was ratified a month earlier, on October 4. These include lights and light switches, HVAC controls, controllers and bridges, door locks, sensors, blinds and shades, TVs and media devices, software components and applications. As a result, a complete Matter smart home setup can only happen incrementally.

Still, over the course of that month, 190 products have either achieved certification or are waiting to go through the process. Alex Yang, Co-Founder and COO of IoT development platform service provider Tuya, which is aiding developers in producing Matter-friendly technology, estimated that there are a further 150 to 200 products incoming via Tuya alone.

Some of the first Matter certified smart home were demonstrated at the launch event, including products from Nanoleaf, TCL, and Eve. These were shown interoperating with existing smart assistants from Amazon, Apple, and Google.

Certification for new product categories will open biannually and the next stage will include cameras, robot vacuums, white goods and appliances, energy management devices, motion and presence sensors and smoke and carbon monoxide detectors.

But more product types will bring more questions for the CSA to wrestle with, such as some as-yet-unaddressed issues around data security. “Matter raises the bar” where security concerned, according to Distinguished Engineer at Infinion Steve Hanna. Silicon Labs’ Manish Kothari described how “security starts with the silicon” and explained that a digital identity will be embedded into the silicon at the factory, in the early stages of the manufacturing process. Later, when users bring their product home and scan the QR code to set it up, the device will be verified at the same time. It’s a neat way to integrate a security process into the user experience.

But there are security issues outside of the home, such as the safety of users’ data: who will have access to it and what can it be used for? With a large number of companies potentially sharing user data from Matter devices–including cameras–in people’s homes, the protocol could impact user privacy on a massive scale. At the moment, Matter only accredits devices based on interoperability. But does it have an obligation to assess other aspects of smart home devices? The answer to this question and others like it could affect consumer acceptance and the overall success of the protocol.

Emma is Home Tech Editor at Tech Advisor. She covers everything from kitchen appliances to smart home devices, from floor care to personal care to air care technology. She’s particularly interested in environmentally conscious brands and products that save people time and money.