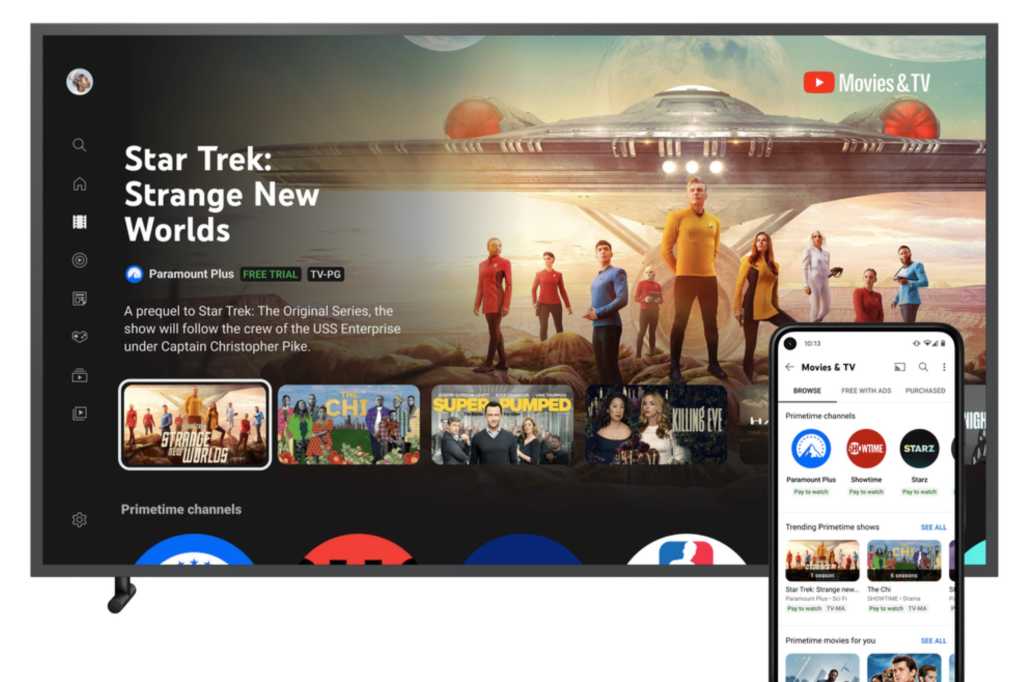 Just watched the YouTube trailer for Star Trek: Picard? You can now jump right into the show without switching apps, with Google announcing that such premium video channels as Paramount+ and Showtime are available on the venerable streaming platform.

Google says it’s rolling out an “early version” of its new Primetime Channels service in the U.S. More than 30 streaming channels are included, including Paramount+, Showtime, Starz, AMC+, and ViX+.

Once you’ve signed up for a channel, you’ll be able to see all its available videos through the main YouTube interface, including when you’re browsing for streaming content and within search results. Videos from Primetime Channels will appear in YouTube’s recommendations, too.

Users will also be able to browse home pages for their subscribed Primetime Channels that will include trailers, behind-the-scenes clips, and cast interviews.

Being able to stream Paramount+, Showtime, and other premium video channels directly in YouTube will be a boon to fans of Honest Trailers, Pitch Meeting, and other popular YouTube channels that pick apart the latest TV shows and movies.

Now, once you’re done with a Pitch Meeting video for, say, Star Trek Into Darkness, you’ll be able to jump right into the film–assuming you’ve signed up for the Paramount+ Primetime Channel on YouTube, of course.