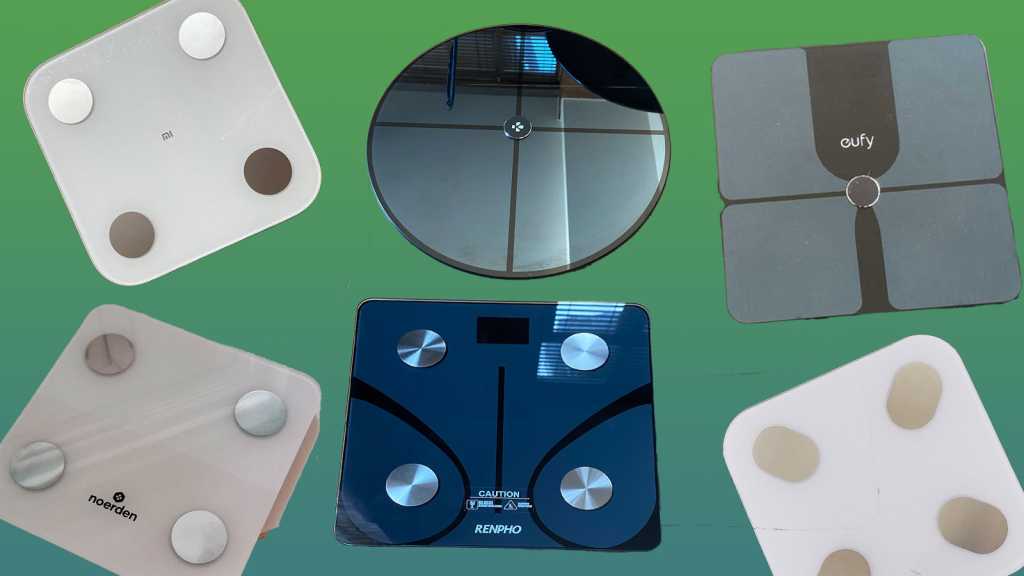 If you’re thinking of buying a smart scale, you might not know exactly where to start. There are some familiar brands in the market—and some that are less well known—and a huge range of prices and claims. Should you go for a big name? Spend big or save? Which technology is the best?

Here’s the bottom line: All you need to know is your own requirements and which scale will meet them. This guide will go through some common features and limitations of smart scales, to help you decide what’s important to you. We’ll also provide some buying options.

How do smart scales work?

A smart scale has a few advantages over an ordinary bathroom scale. The first is that it’ll measure more than just your weight. It’ll also give you information about your body composition, which it does using a bio-electrical impedance test.

When you stand on the metal contact points with bare feet, the scale sends a mild electrical current through your body. The scale then measures your body’s resistance to that charge to determine your body’s makeup, using algorithms to extrapolate further information such as BMI (body mass index, a measure of your body fat based on your height and weight), BMR (basal metabolic rate, the number of calories your body burns at rest, taking into account your age, gender, height, and weight), and metabolic age (how your BMR compares to other people your age. As such, your metabolic age should at least match your calendar age. A very fit person’s metabolic age could be less than their actual age.)

It’s not painful or dangerous—but if you have a pacemaker or another electronic medical implant, you should speak to your doctor before you use a smart scale.

All these body composition metrics can give you a more holistic picture of your well-being than just focusing on your weight.

A smart scale’s second advantage, beyond the measurements it provides, is that it will also track and log all this information automatically, making it simpler for you to keep an eye on your health and see the results or any fitness plan you follow. It might also send these measurements directly to whatever fitness-tracking app or platform you use.

Which body measurements will you get from a smart scale?

Depending on the make and model of the scale, it’ll calculate and display somewhere between five and 15 metrics. These may include:

Not all smart scales will provide all of these metrics, but most will have most of them. The Eufy Smart Scale P2 Pro (Amazon, $79.99) will give you 16 different measurements, including BMI, BMR, and metabolic age.

More advanced smart scales can also give you some advice on vascular health. They’ll measure your pulse wave velocity—the time it takes for arterial blood to travel from your heart to your feet—and use an algorithm to measure this against an average for someone of your age.

One such option is the Withings Body Cardio ($179.99, Withings), which will measure your standing heart rate and calculate your vascular age, as well as provide all the other metrics you’ll want. It’s one of the pricier options on the market, but well worth it if heart health is a concern. 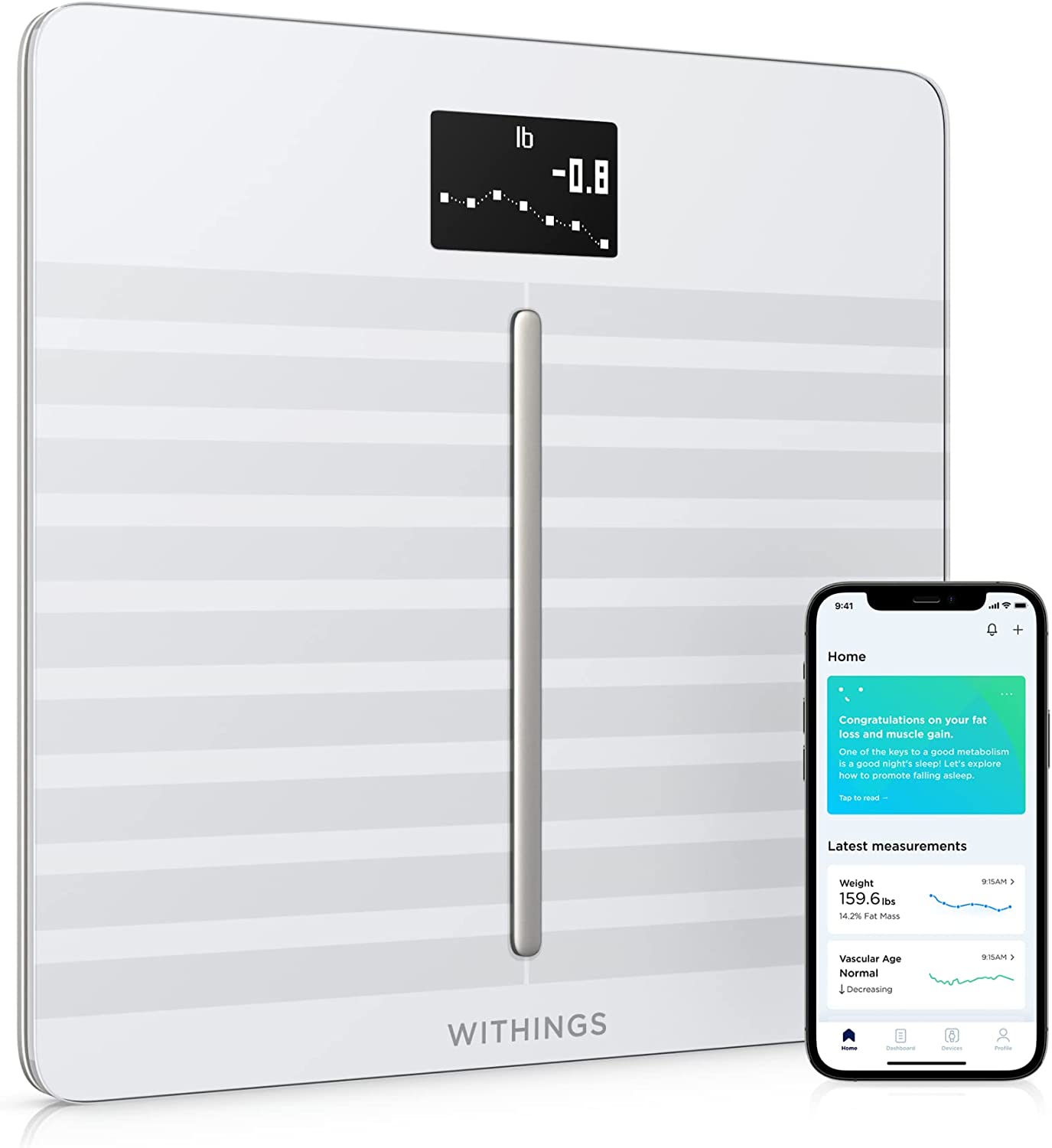 Which smart scale is the most accurate?

It would seem to make sense to try to identify which smart scale is the most accurate and base a buying decision on that. But let’s get this out of the way: no smart scale will be perfectly accurate at measuring anything beyond weight. Step on the scale and you should get a weight reading that’s as good, if not better, than any digital household scale.

But when it comes to body fat, and other body composition measurements, study after study has shown that smart scales have a relatively wide margin of error when compared to “gold standard” methods such as DEXA, an X-ray technique measuring bone density that’s performed by technicians in a medical setting. That said, smart scales are good enough for home use.

The soon-to-be-released Withings Bodyscan may change all this. With a handle that contains four electrodes, as well as the scale’s 14 electrodes in the base, it promises to deliver more in-depth, segmented body analysis.

Until then, the mid-priced Eufy Smart Scale P2 Pro ($79.99 at Eufy) mentioned above has a simpler solution to give you a more (ahem) rounded perspective on your health. It comes with a tape measure: measure yourself, input the numbers, and it’ll generate a 3D image of your body in its accompanying app. 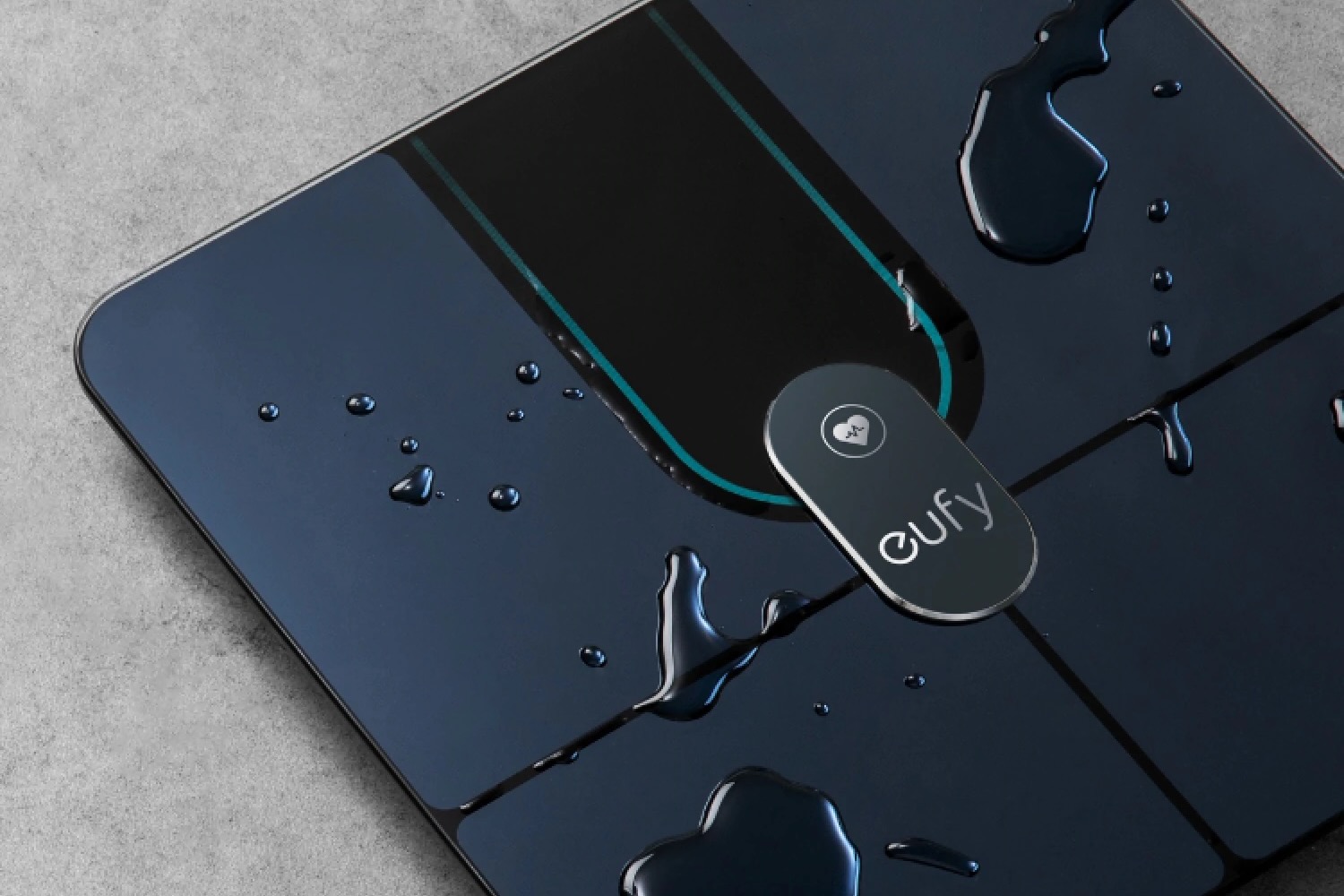 As for BMI, BMR, and metabolic age, your readings will be benchmarked against averages, so the closer you are to an average body type for your age and gender, the more accurate the final figure is likely to be. Athletes and people who are very overweight are likely to get less accurate results.

Are smart scales worth the money?

Given that, is it worth buying a smart scale? We think the answer is yes. Here’s why:

A smart scale shouldn’t be used as a medical device or as a substitute for visiting a doctor. It’s a way to track your day-to-day fitness and well-being. To get the most from a smart scale, you’ll need to use it in the right way. That means looking at the bigger picture—the trend line—to see how your lifestyle is affecting you, rather than getting fixated on a specific number.

In fact, rather than pinpoint accuracy, it’s probably a smart scale’s more quotidian features that will determine how well it’ll fit into your life. In the end, the best smart scale is the one you keep using.

Here are some questions to consider before you buy one.

Does it sync with other health apps?

To use all the features on a smart scale, you’ll need to download and use its app. You’ll be able to see all your measurements, as well as track longer-term trends in the form of graphs.

But you might also get the option to sync data with other health apps and platforms, such as Apple Health, Samsung Health, and Google Fit. This can make your life much easier if you use a fitness tracker or smartwatch and want to keep all your data in the same place.

Even better, if you use a Fitbit or a Xiaomi smart watch, you might be able to manage both devices and all your data from one app. For people who’ve already bought into these ecosystems, this might be enough of an incentive to go for the Fitbit Aria Air ($49.95 direct from Fitbit), or the value-priced Mi Body Composition Scale 2 ($22.99 at Amazon). 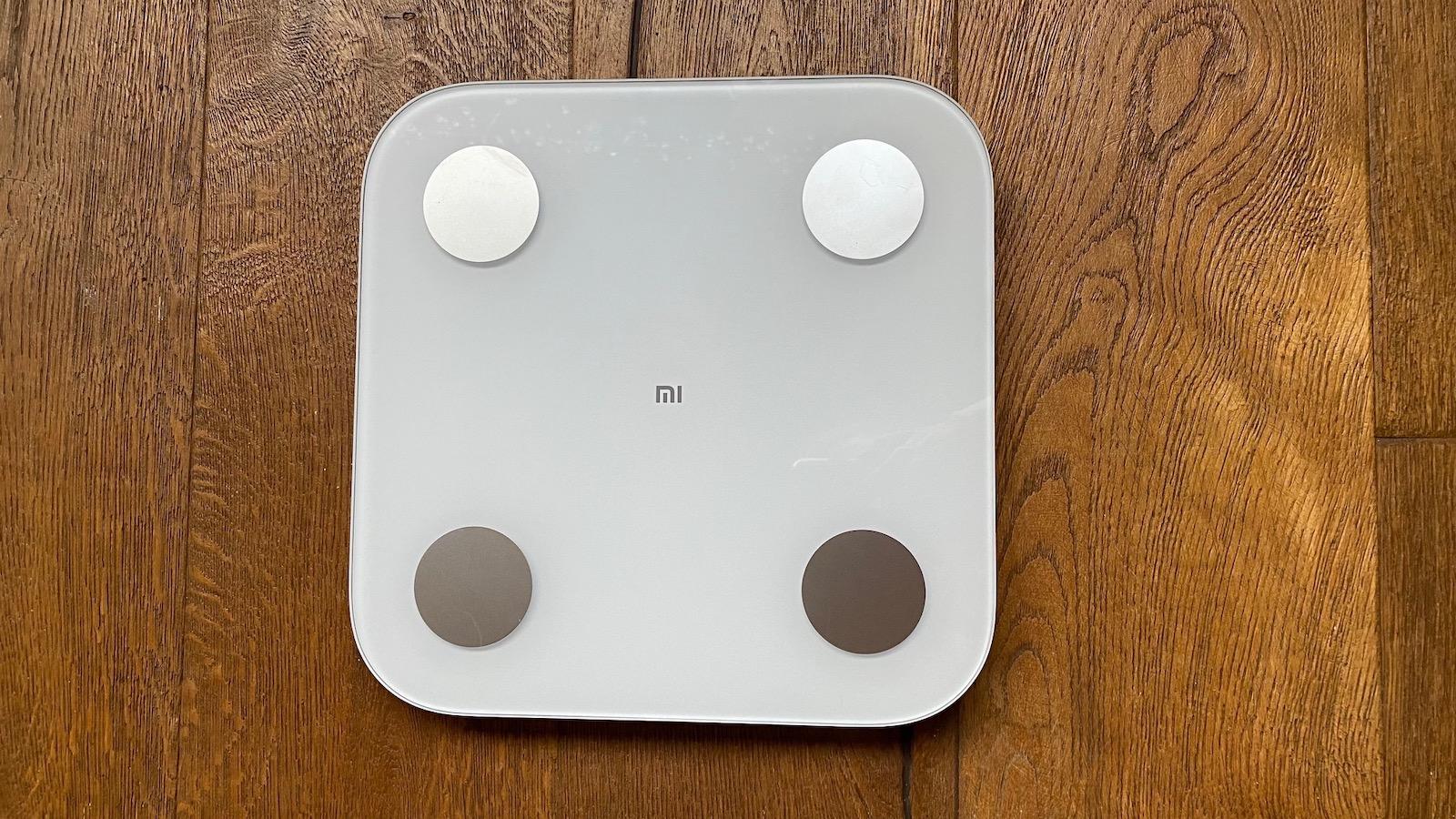 Does the scale connect via Wi-Fi or Bluetooth?

Smart scales will connect to your phone via Wi-Fi and/or Bluetooth. There are advantages and disadvantages to both. Bear in mind that a smart scale should be used in the same spot, at the same time of day—and on hard flooring—to get the best results. So, if your Wi-Fi connection isn’t great in your bathroom and you have to keep dragging your scale elsewhere to use it, it’ll end up dusty and abandoned in a short space of time.

Bluetooth scales have the added advantage of an almost immediate set-up, whereas Wi-Fi can take a little longer to find and pair and the process can, in some cases, be frustrating.

Opt for a Bluetooth connection, however, and it’ll have a shorter range. You’ll likely need to bring your phone with you when you weigh in to log your results, which some people might find to be a hassle.

Bluetooth-only scales are typically cheaper, such as the Renpho Body Fat Smart Scale ($22.94 at Amazon). If you can live without the Wi-Fi option, this scale, which gives 13 body measurements, is an excellent budget-friendly option for most people. 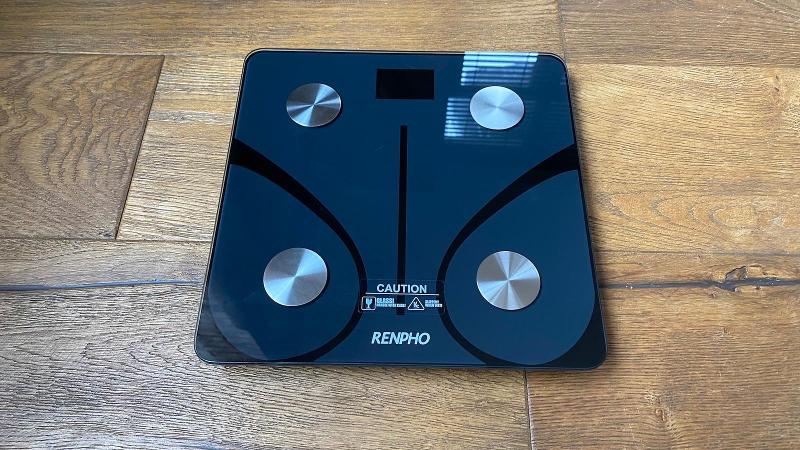 Can more than one person can use the scale and all its features?

If intend to share the scale with a partner or family members, you’ll want a smart scale that can support several user accounts.

All scales will support multiple users, but some specify a number, such as eight, while others allow unlimited users.

How does the scale differentiate between users? That depends. You might need to open the app to weigh in, or the scale might assign the weight to a given account. One of the biggest bugbears when you’re sharing a smart scale with family members is when weigh-in information is sent to the wrong account.

If two members of your household have a similar weight, this can be an ongoing annoyance, so you might be better off buying a scale that connects via Bluetooth. In this case, you’ll need to have the app open and near you when you weigh yourself.

You can use smart scales to weigh babies and pets as well. Many smart scales have a setting that will subtract your weight from your weight while holding your baby or pet and allow you create a separate profile for them. Obviously, this will track only weight, but it could be handy if you have a tubby cat you want to keep an eye on.

It’s worth nothing that body composition measurements are based on adult data and should not be used to measure children of any age, even teens; perhaps especially not teens.

Smart scales are safe to use during pregnancy, however, and some smart scales, like the QardioBase 2 ($149 at Lofta) have a dedicated pregnancy mode. 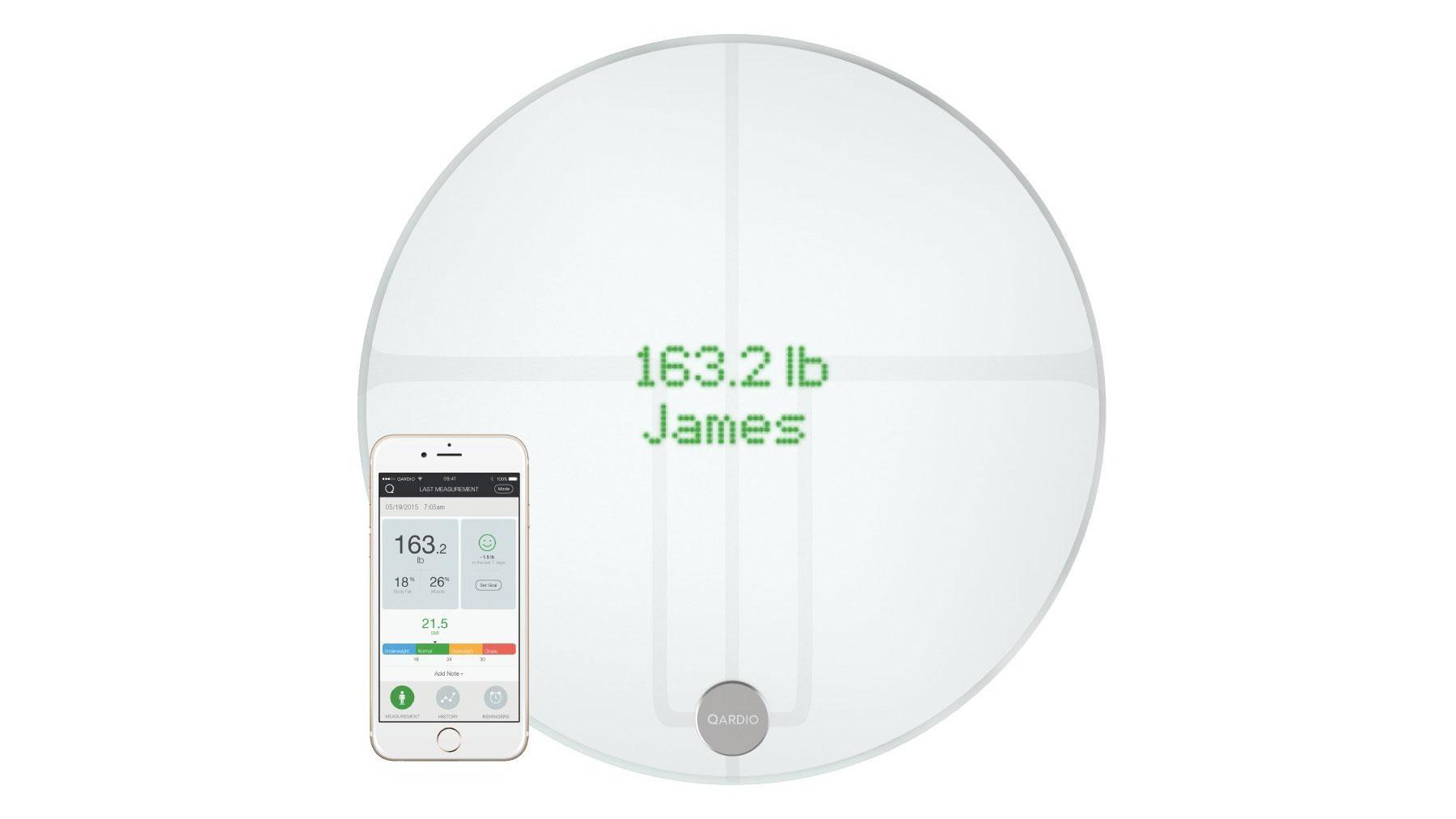 Which measurements are displayed on the scale itself?

Most smart scales have an LED display in white or red. Many—if not most—will only display your weight. You’ll need to go into the app to see the rest of your stats. This is generally perceived as a minus point, but in our view, it’s not necessarily a bad thing.

Logging weigh-ins in the app is key to getting the most from a smart scale, and if you’re sharing it with another person, you’ll want to check that your data went to the right account, so we’d say that checking the app each time is a good idea in any case.

Besides, scales that display multiple measurements may show them one after another, so it’s easy to miss the information you want, or hard to figure out what’s what.

If you’re keen to see all your measurements on the scale itself, without going into the app, you’re unlikely to get this feature on a budget device. The Withings Body Cardio ($179.99, at Withings), for example, will display all metrics on the screen itself.

How is it powered?

Smart scales are powered in one of two ways: They’ll either need four AAA batteries, just like a traditional bathroom scale, or they’ll have a rechargeable batter with a USB connection. The former will cost less up front, but will probably cost you more in batteries over the course of its life. The budget-friendly Renpho scale we mentioned earlier has a rechargeable counterpart that’s available for just a few dollars more ($24.91 at Amazon).

Emma is Home Tech Editor at Tech Advisor. She covers everything from kitchen appliances to smart home devices, from floor care to personal care to air care technology. She’s particularly interested in environmentally conscious brands and products that save people time and money.