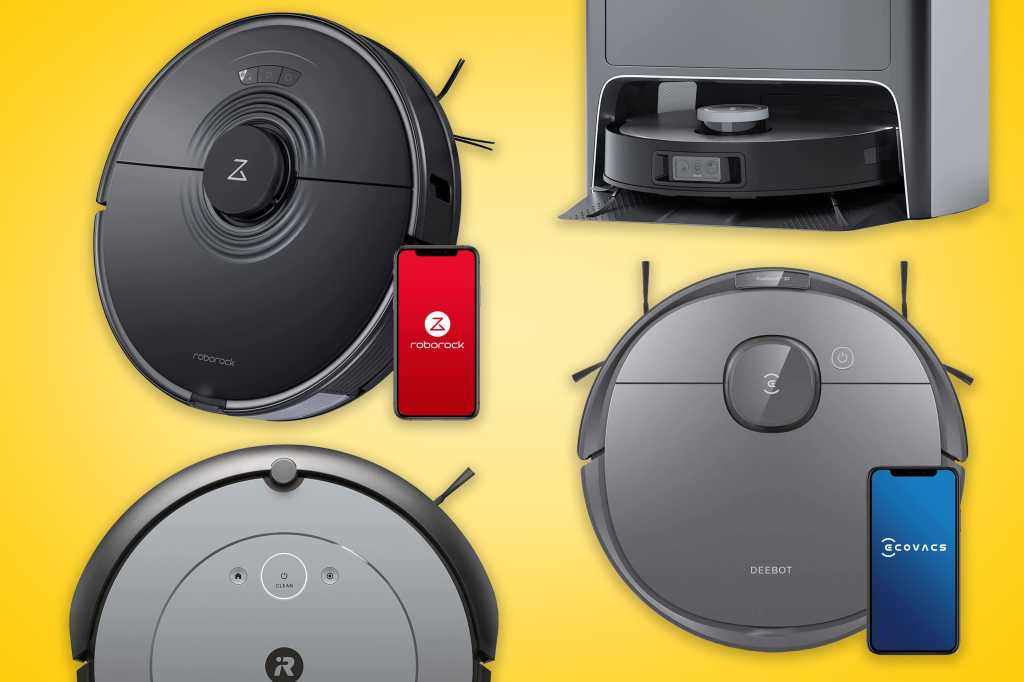 Hey, no one enjoys vacuuming floors any more than they do cleaning the toilet. Both tasks need to get done, but at least a robot can do the former. And Amazon’s Prime Early Access Sale—aka October Prime Day—is a great time to buy your first robot vacuum, upgrade the one you have, or buy a second robot vacuum for another part of the house.

Indeed, no smart appliance has brought us closer to a Jetsons-style utopia than the robot vacuum. Why push and pull a noisy appliance across the floor when you can have an autonomous robot do all the work?

Here are some of the best deals we’ve spotted in four categories: Budget, mid-range, self-emptying models, and mop/vac hybrids. We’ve listed the deals in alphabetical order by manufacturer, to make it easier to spot specific models. We’ve updated this list to remove expired deals. Happy shopping!

It’s effectively a sequel to Amazon’s annual Prime Day sales event, which ran for two days last July, and a precursor to the e-tailer’s expected Black Friday sale the day after Thanksgiving. While you could also call it October Prime Day, Amazon is billing the event as “a chance to kick off the holiday shopping season early with hundreds of thousands of deals.”

When does the Amazon Prime Early Access Sale start?

What’s required to participate in the Prime Early Access Sale?

You must be an Amazon Prime member to qualify for the deals offered during the Amazon Prime Early Access Sale. Amazon Prime costs $139 a year or $14.99 a month. In addition to deals like the ones above, you’ll get access to Amazon Prime Video, Amazon Music, free delivery on Amazon purchase, a one-year subscription to Grubhub+ for free delivery from participating restaurants (usually $9.99 per month), and other benefits. If you haven’t done so lately, you can also sign up for a free 30-day trial to Amazon Prime. You can score all the deals and cancel your membership without penalty after the sale if you find you’re not getting enough value from it.

What kinds of robot vacuums will be on sale during the Early Prime Access Sale?

The robot vacuum market is made up of four broad types of smart appliances: Budget vacuums with limited smarts, mid-range vacuums with more sophisticated navigation and control features, self-emptying models that come with base stations with second vacuums to suck the dirt out of the robot’s dustbin, and hybrid models that can mop your floor as well as vacuum it (we’ve classified those with self-empty bins in that category rather than with hybrids).

Shop around and you’ll encounter lots of brands you might never have heard of, especially at the low end of the price scale, but the deals listed above are from manufacturers we have experience with and feel comfortable recommending. While we haven’t reviewed every one of these models, we’ve dealt with representative samples of each company’s wares.

Any last words of advice?

Robot vacuums have evolved faster than any other smart home product, so there’s a good chance the models on the market today are better than the one you might have purchased just a couple of years ago. Whether it’s a base station that will automatically empty the vac’s dustbin, more advanced mapping capabilities, or increased suction power for superior cleanings, today’s robot vacs are significantly better than yesterday’s.

Navigation, room-mapping, and Wi-Fi control are among the most important features to consider, not only because of the convenience, but because these factors help the vacuum know where it’s been and where it needs to clean.

If you can fit one in your budget, the convenience a self-emptying vacuum is well worth the extra cost. You don’t need to worry about dust and dirt floating back into the air when you empty the dustbin, because it’s trapped in a bag in the docking station. Hybrid mop/vacs typically do a better job of vacuuming than mopping, but the best ones will do a good job of keeping your hard-surface floors clean in between stints with your stick mop. Some hybrids also offer self-empty base stations.