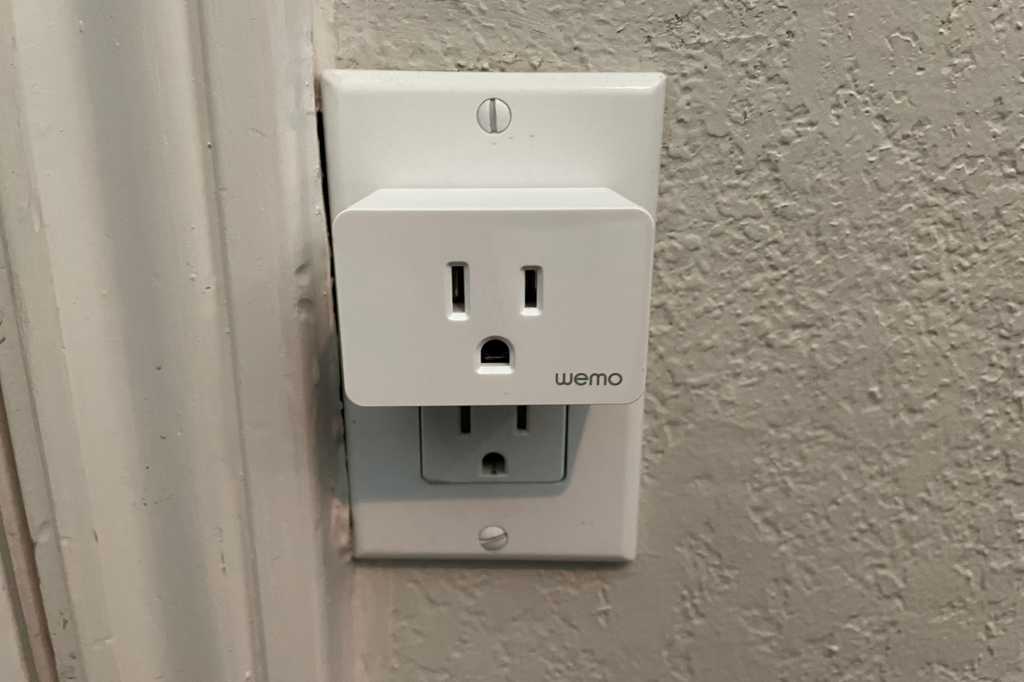 Apple aficionados will enjoy the streamlined setup of Wemo’s new smart plug, but Alexa and Google Assistant fans will be left cold.

Belkin’s Wemo division has been pumping out smart plugs and other smart home gear since the early days of the technology. Its products have always been worth consideration, in part because the Wemo has often been an early adopter of new standards and features.

This review is part of TechHive’s in-depth coverage of the best smart plugs.

With the Wemo Smart Plug with Thread (Belkin model number WSP100), the company takes its sleek smart plug to the future by adding Thread certification Apple HomeKit support, the goal being to “connect smart home devices more quickly and reliably than Bluetooth or Wi-Fi.”

There’s a catch, of course. Thread is still in its early stages, and you’ll need an Apple HomePod mini or the latest Apple TV 4K to use Wemo’s new smart plug. If you have one of those devices, setup is—in theory—about as simple as it gets: Plug in the smart plug, wait for the status light to blink orange and white, then hold your iPhone up to the plug. This automatically launches a setup prompt through Apple’s Home app, walking you through the process of adding the unit to your home environment.

The bad news: This didn’t work as promised during my initial rounds of testing. My phone would discover the outlet, but I invariably received an error message when trying to add it to my “home.” Repeated resets of both app and device didn’t help. Ultimately, I was forced to add the device manually in the Home app by tapping in the 8 digit code printed on the device, after which I was finally able to connect to it normally.

I suspected a firmware problem might be the issue here, and I was soon prompted to install an update via the Home app. After that update, I removed the accessory from Home and factory-reset the plug, then tried connecting it again. This time, the connection and setup process worked perfectly – with start to finish taking less than a minute.

This is a simple device, of course, and the Home app’s features are largely limited to turning the plug on or off, though of course you can include the plug in other automations and schedules, or use Siri to power it on or off with voice commands. All these features worked well throughout my testing.

As for the plug itself, the hardware hasn’t visibly changed since its most recent non-Thread version, and it remains one of the best-looking smart plugs you can get—presuming you only need a single three-prong outlet without dimming features—as it is quite petite and easy to stack two in a single receptacle. A power button on the side is easily accessible, though the status light above (lighted when on, dark when off) cannot be disabled. The plug supports a maximum power draw of 15 amps/1800 watts, which is more than enough for lamps and small appliances.

It’s critical to note that, while Thread is designed to streamline setup, it also introduces a few new limitations. First, you can’t use this plug with Belkin’s Wemo app; it works only within the HomeKit ecosystem (and it can also be controlled with the Wemo Stage Scene Controller). If you’re not a fan of Apple’s Home app, you might not find this an appealing option. A bigger issue for most, I expect, is that the WSP100 cannot be incorporated into either the Alexa or Google Assistant ecosystems, so you’re dependent on Siri for voice control. That could be a deal-breaker for all but the most ardent Apple households, particularly given the somewhat premium $25 asking price.