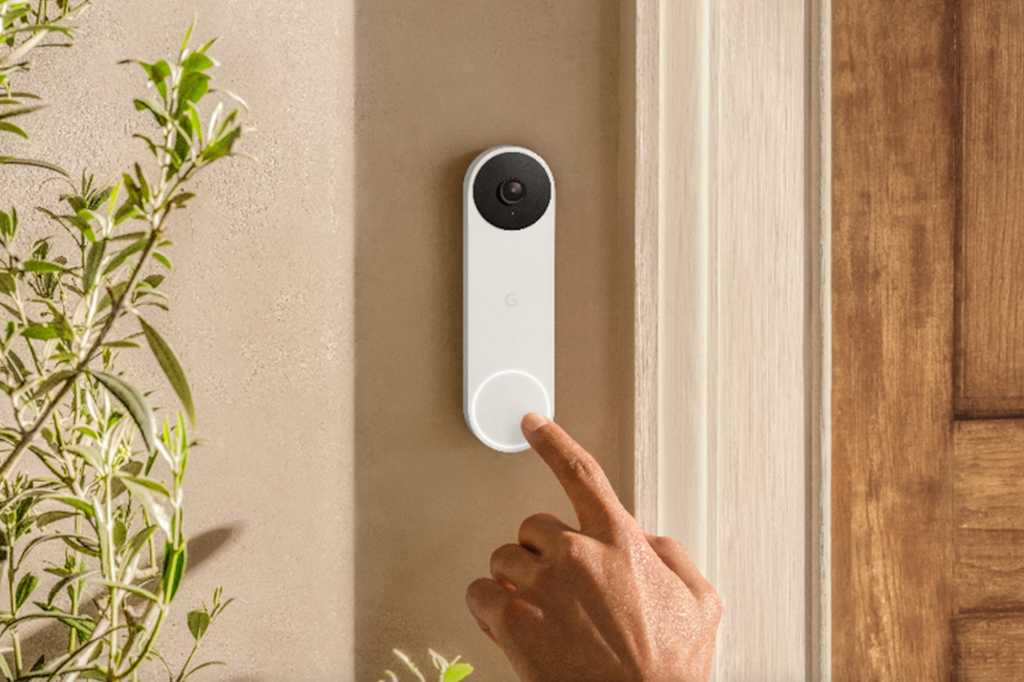 The four-year-old Nest Hello video doorbell finally has a successor, with Google taking the wraps off a second-generation Nest Doorbell (wired) that packs on-device person detection along with 24/7 video recording capabilities.

Google also announced a top-to-bottom revamp of the Google Home app, including a “complete refresh” of its security camera views and interface, as well as the Wi-Fi 6E-enabled Nest Wifi Pro.

Available in four colors (snow, linen, ash, and ivy), the new doorbell sits alongside the existing Nest Doorbell (battery) that was released last year, and it replaces 2018’s Nest Hello. The Nest Hello was eventually re-branded as the first-gen Nest Doorbell (wired).

The second-gen Nest Doorbell (wired)’s most notable improvement is on-device processing for “intelligent” motion alerts, including the ability to detect people, packages, vehicles, and pets, all without a subscription.

The hardwired doorbell also boasts an hour of local video storage, meaning it can store motion events even during a Wi-Fi outage.

Also new is the 1.3-megapixel color sensor with a taller 3:4 aspect ratio, allowing for a head-to-toe view of visitors as well as packages left on your doorstep.

The sensor offers 960 x 1280-pixel video resolution with HDR, along with night vision.

The new Nest Doorbell (wired) requires a 16-24 VAC / 10 VA transformer for power, according to Google.

Google said the original Nest Doorbell (wired) will continue to be available in retail channels “while supplies last,” presumably at a discount.

Alongside the new Nest Doorbell (wired), Google promised a redesigned Home app with a “completely refreshed” camera view, including a vertical timeline similar to the one available in the legacy Nest app.

The Google Home app will also get the ability to “quickly toggle” between timeline and event list views, as well as the option to pin specific Nest cameras or other devices to a new Favorites tab.

Also on the way is a web-based portal for your Nest cameras, which will let you see live video feeds in full screen, zoom in on your feeds, and check the status of your cams.

Besides its new camera views and Favorites tab, the revamped Home app will bring a new media mini player, and a Spaces interface that lets you group categories of smart devices together,

Those Google Home improvements will roll out in the “coming weeks,” Google said.

Each Nest Wifi Pro point boasts two ethernet ports and up to 2,200 square feet of Wi-Fi coverage, with a maximum throughput of 5.4Gbps.