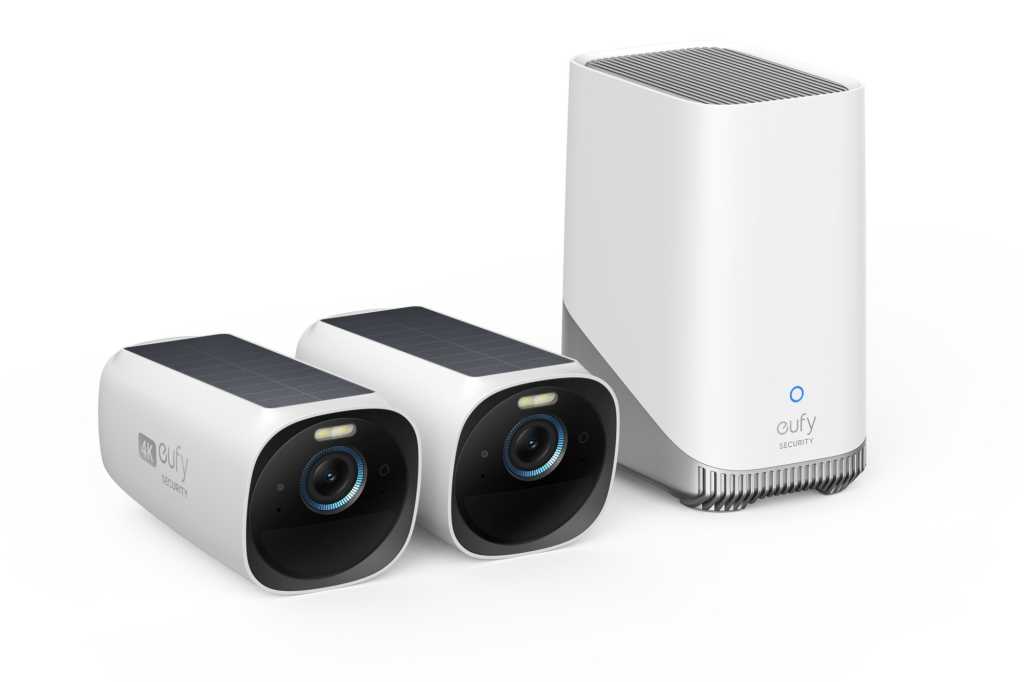 Many people who buy security cameras don’t realize that they might need to pay for a monthly subscription if they want to see anything other than a live stream from the camera. Anker Innovations says its new Eufy Edge Security System comes with no such surprises.

All video recordings on the Eufy Edge Security System are stored on its HomeBase 3 station with 256-bit encryption, where it will be analyzed by the company’s BionicMind AI to identify familiar faces from strangers in addition to pets and objects, such as vehicles.

The system comes with two of Anker’s new wireless EufyCam 3 outdoor cameras, which capture video in 4K resolution and have infrared night vision plus 100-lumen spotlights for color night vision.

The motion-activated cameras are capable of 2-way audio and have 13,400mAh batteries with integrated solar panels to keep them topped off (this requires at least two hours of sunlight per day).

The cameras are rated IP67 for protection from the elements, meaning they’re impervious to dust ingress and can be immersed in up to 3 meters of water for up to 30 minutes without being damaged.

The HomeBase 3 is powered by a quad-core ARM Cortex A-55 CPU, a TOPS (1 trillion operations per second) neural network processor, and 1GB of DDR memory. There’s 16GB of local storage onboard, which Anker says is enough for three months of recordings, but users can plug in a 2.5-inch SATA 3.0 hard drive or SSD to expand that storage up to a massive 16TB.

The base station gets hardwired to your router via a gigabit ethernet port. Anker says this base station will eventually be compatible with several other Eufy Security devices, including its Video Smart Lock, Video Doorbell Dual, and Floodlight Cam 2 Pro.

The Eufy Edge Security System (the HomeBase and two 4K EufyCam 3 cameras) is available now for $549.99. We have a review system in house now and will publish a review after we have a little more experience with it.