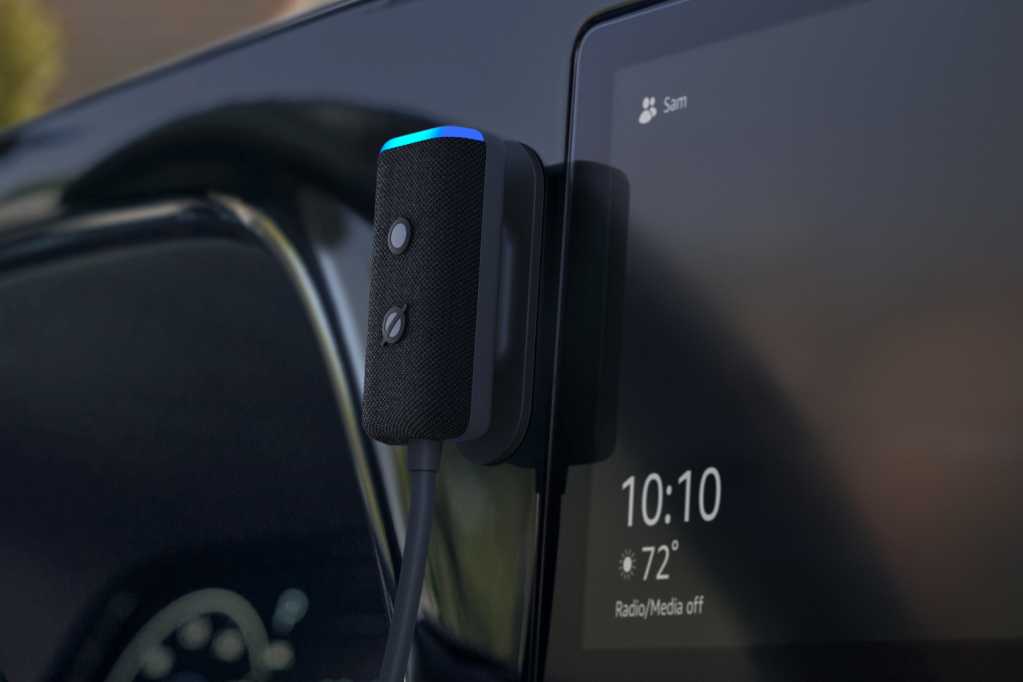 Having Alexa as a commute partner sounds like a great idea, and both Amazon and several third-party manufacturers—including Logitech—have attempted it. Amazon’s first-gen Echo Auto didn’t earn many kudos, however, so it’s trying again with a second-generation Echo Auto.

The $55 device will put Alexa in vehicles that don’t already have the digital assistant installed at the factory. The new model is considerably smaller than the original and is wrapped in fabric. An adhesive backing allows you to mount the device on your dashboard.

As before, the Echo Auto will connect to the internet via your smartphone and to your car’s audio system via Bluetooth. If you have an older car that doesn’t have Bluetooth (or if it has an older version of Bluetooth that only supports pairing to a phone for calls), a 3.5mm audio cable is included. It draws power over USB and will presumably work with a phone charger plugged into your car’s cigarette lighter if the car doesn’t have a USB port of its own.

Amazon says the new design has five onboard microphones to hear your Alexa commands and queries while rejecting background sounds like road noise, the car’s air conditioner, and even music. Once installed, you’ll be able to ask Alexa for directions, play music or podcasts, report the weather forecast, and pretty much anything else you’d want a smart speaker to do—including controlling your smart home devices. “Alexa, turn on the porch light” as you approach your home, for example.

You’ll also be able to ask Alexa on the Echo Auto or any compatible smart speaker for roadside assistance should you run out of gas, get a flat tire, discover your car battery has died, or encounter similar problems while on the road or at home. Amazon didn’t reveal how much this new service will cost, but the company did tell us Alexa won’t work with any roadside assistance service you already have.

Amazon says it’s working with most of the major automobile manufacturers to integrate Alexa into more new cars through its Alexa Custom Assistant technology. BMW was on hand at today’s presentation to announce that Alexa will be the foundation for its new in-care Theater Experience. The feature will be introduced with BMW’s 7-series full-size luxury cars later this year and will include a 32-inch, 8K display that drops down from the car’s headliner.