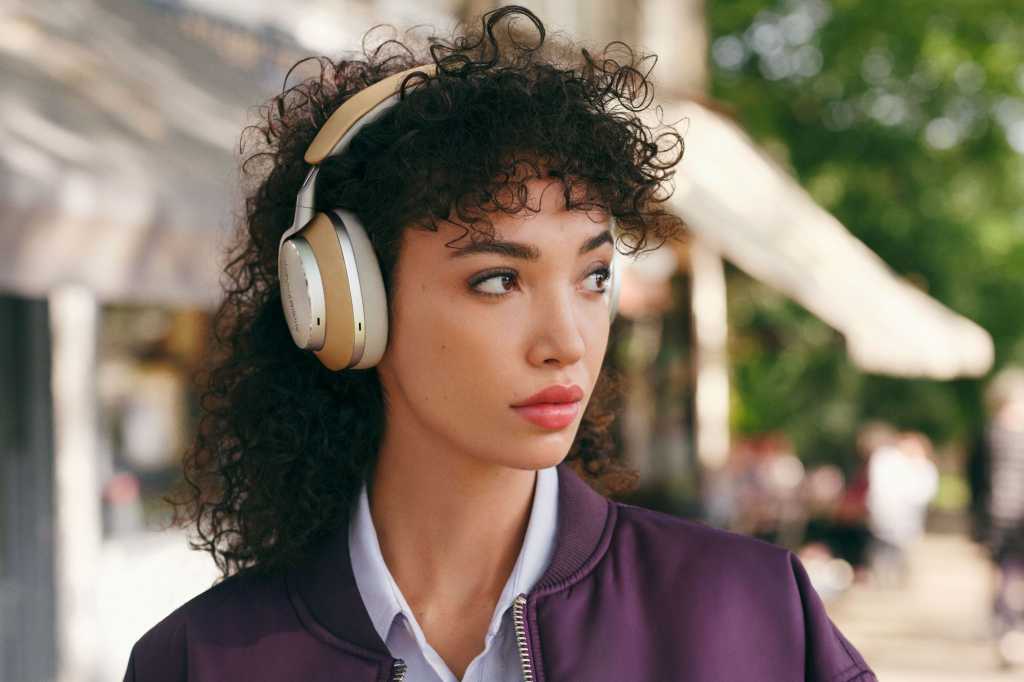 Bowers & Wilkins mentioned the Px8, its new flagship wireless headphone, in passing during an embargoed press briefing for its almost-as-new Px7 S2 noise-cancelling headphone several months back. Now that it’s fully taken the wraps off this second model, the Px8 looks to be everything that excellent headphone is and then some, wrapped in even more luxurious packaging.

What makes B&W’s Px8 different from its Px7 S2?

Let’s cover the features that should have a sonic impact first. Where the awesome-sounding Px7 S2 got 40mm cellulose drivers, the Px8 gets B&W’s 40mm Carbon Cone driver, which the company says is inspired by the drive units in its 700 Series loudspeakers.

The drivers are angled inside each earcup, according to B&W, “to ensure a consistent distance relative to the listener’s ear from every point across the surface of each driver.” This promises to produce a more immersive and accurate soundstage. The company maintains the Px8 offer the best sound quality it has ever delivered from a wireless headphone.

The Px8 support Qualcomm’s aptX Adaptive wireless technology for wireless connectivity to compatible smartphones, tablets, and computers. Wired connections are possible with both the USB-C and 3.5mm analog audio cables that come with the textile-wrapped hard-shell carrying case that’s identical to the one that comes with the Px7 S2—except for the thick leather pull tab for the new model.

B&W says it has developed custom digital signal processing technology for the Px8 to deliver 24-bit-resolution sound quality from the leading music-streaming services, whether the listener is using a wired or wireless connection.

How does the B&W Px8 handle active noise cancellation?

Six high-performance microphones are used for noise cancellation, with the aim of not compromising the headphone’s musical performance. Two mics measure the output of each drive unit, two react to ambient noise from the outside world, and two process the user’s voice and suppress background noise during phone calls. As with the Px7 S2, B&W says it has adjusted the angle of each microphone to improve voice capture and reduce wind noise.

What high-end design features does the B&W Px8 have?

In addition to having higher-end drivers, the Px8 is a more luxurious headphone than the very pretty Px7 S2, starting with the parts that come into contact with your body. While the the Px7 S2 cover their memory foam earcups and headband in a synthetic material (using cloth for the top of the headband), all the soft surfaces of the Px8 are wrapped in genuine Nappa leather (the headphones are available in your choice of black or tan).

Where most of the Px7 S2’s structural elements are fabricated from plastic, the Px8 have cast-aluminum arms and bright diamond-cut edges on its oval ear cups. The Bowers & Wilkins logo is embossed on the Px8’s earcups, where it’s printed on the Px7 S2.

What changes are coming to the B&W Music app?

Bowers & Wilkins says it will upgrade its music app, available for Android and iOS, to enable both Px8 and Px7 S2 owners to stream music directly from the app on their mobile devices to their headphones, with Deezer, Qobuz, and Tidal all supported. This will allow users who also own other B&W wireless audio gear—such as the Zeppelin or a pair of Formation Duo speakers—to seamlessly switch from speakers in the home to B&W wireless headphones and a mobile device when they head out on the road.

The Bowers & Wilkins Px8 are available now at a manufacturer’s suggested retail price of $699. We received a review unit yesterday and will be putting the headphone through its paces soon. Stay tuned for our comprehensive review.