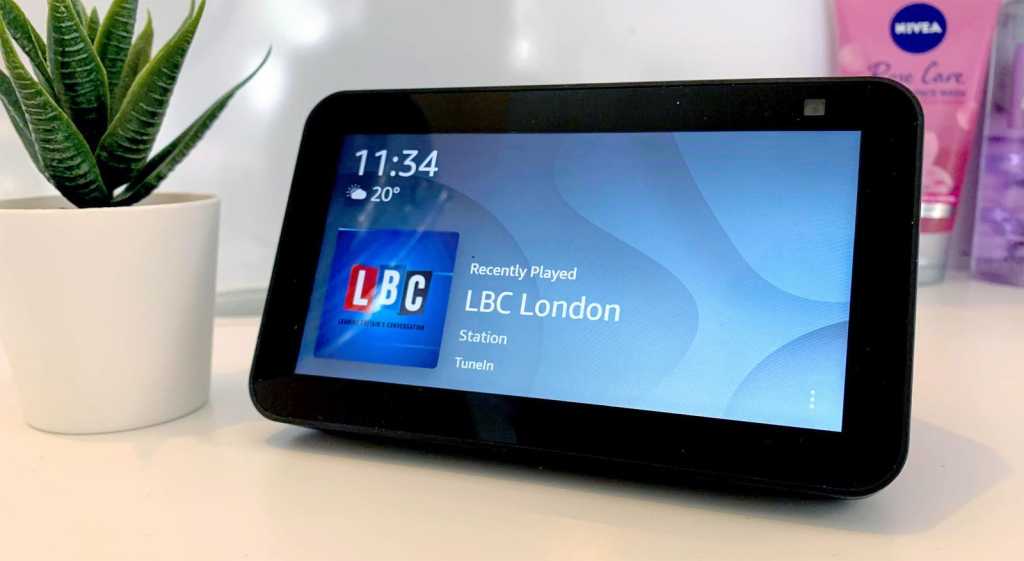 Alexa will soon let you post video sticky notes for housemates, control smart home devices with remote switches, check multi-view security cam feeds, and even create “captivating” stories based on suggestions from your kids. In what could be seen as privacy win, the company also announced a new feature called “Edge Extensions” coming to the fourth-generation Echo smart speaker and Echo 15 smart display.

Amazon detailed those upcoming features and more during its big hardware reveal Wednesday, which also saw the e-tailer announcing that the Echo Show 15 will soon double as a Fire TV. The new features are slated to arrive in the “coming months.”

Echo users concerned about the the privacy implications of sending lots of data from their homes to the cloud will be interested to learn more about the “Edge Extensions” features coming to the Echo Show 15 and fourth-generation Echo. Edge processing generally refers to processing or manipulating data directly on a device on a local network, as opposed to uploading the information to a server in the cloud. In Amazon’s implementation, Edge Extensions will allow other Echo devices on a home network to tap the more powerful CPUs in those newer Echo products to perform on-device processing instead of uploading the data to Amazon’s servers.

An older Echo Dot, for example, could utilize the smart-home-hub features of a fourth-generation Echo to turn off your connected smart lights without any commands ever being sent to the cloud. Amazon says you’ll also be able to leverage those newer hub devices for local voice processing instead of uploading recordings to the cloud.

You’ll also soon be able to record video “sticky notes,” short videos such as a “good luck” message for a presentation or a reminder for a family dinner, Amazon says. You can record a video by saying, “Alexa, make a video note” or “Alexa, record a sticky note.”

Native Alexa support for remote switches will see switches trigger Alexa Routines. What we don’t know at this point is if these remote switches are an as-yet-unannounced Amazon product or something from a third-party such as Leviton, Lutron, or TP-Link. Whatever the case may be, Amazon says you’ll be able to set a remote switch to trigger an Alexa Routine that turns off all the smart lights in a room, while another switch could trigger a music-oriented Alexa Routine. A couple of new Alexa Routine actions designed specifically for switches will let you toggle a light on and off or adjust its brightness in 25-percent increments. Needless to say, we’re very curious to learn more about this development.

Speaking of routines, Alexa will soon be able to personalize the contents of an Alexa Routine depending on who triggered it. For a “good morning” routine that includes a schedule and a traffic report, Alexa might detail different events and commute information for individual adult household members, so long as each person has their own Amazon profile. Alexa will also be able to integrate weather forecasts into your calendar views and warn you if an upcoming event coincides with foul weather. (For Amazon’s purposes, a household is limited to a maximum of two adults, but there can be up to 10 adult Alexa profiles. Personalized Routine Content is not available for child Alexa profiles.)

Next up is the ability to ask Alexa to perform a smart home action in the future. That means you can say things like “Alexa, turn off the bedroom lights in one hour,” or “Alexa, turn the fan off at 6:30 tonight.” You’ll be able to schedule Alexa actions up to 24 hours in advance, Amazon says.

Meanwhile, the Echo Show 15 will soon gain the ability to display a multi-view stream of your Alexa-compatible security cameras. You’ll be able to view up to four security cams at once in full-screen grid on the larger Echo Show display. A picture-in-picture mode will allow you to view a live feed from a single security camera on top of a Fire TV stream.

More upcoming Alexa features include the ability to create an “interesting story” with “captivating visuals” based on selections made by your kids on an Echo Show, while a “Shop the Look” feature will let you browse the latest fashions by saying (for example) “Alexa, show me some green yoga pants.” You could then follow up by saying, “Alexa, show me similar pants with pockets.”

Moving along, grocery shoppers will soon be able to get alerts when their Whole Foods curbside orders are ready for pickup, and Alexa can even tell you where to park as well as let the store know that you’re en route. And if you get a flat tire on the way, you’ll soon be able to summon help by saying, “Alexa, call roadside assistance” for Amazon’s own roadside assistance program (you won’t be able to link the service to any existing roadside service you might already subscribe to). This feature will work with the Amazon app on your phone, on the Echo Auto, or any Echo device in your home (in case you discover your car’s battery died while it was sitting in your driveway, for example).

Finally, Alexa Together caregivers will soon have the option of getting alerts when something unusual is detected in a monitored home–for instance, if a motion sensor gets tripped in a given room, if a smart light gets turned on at an “odd” hour, or if a door secured by a smart lock is opened.