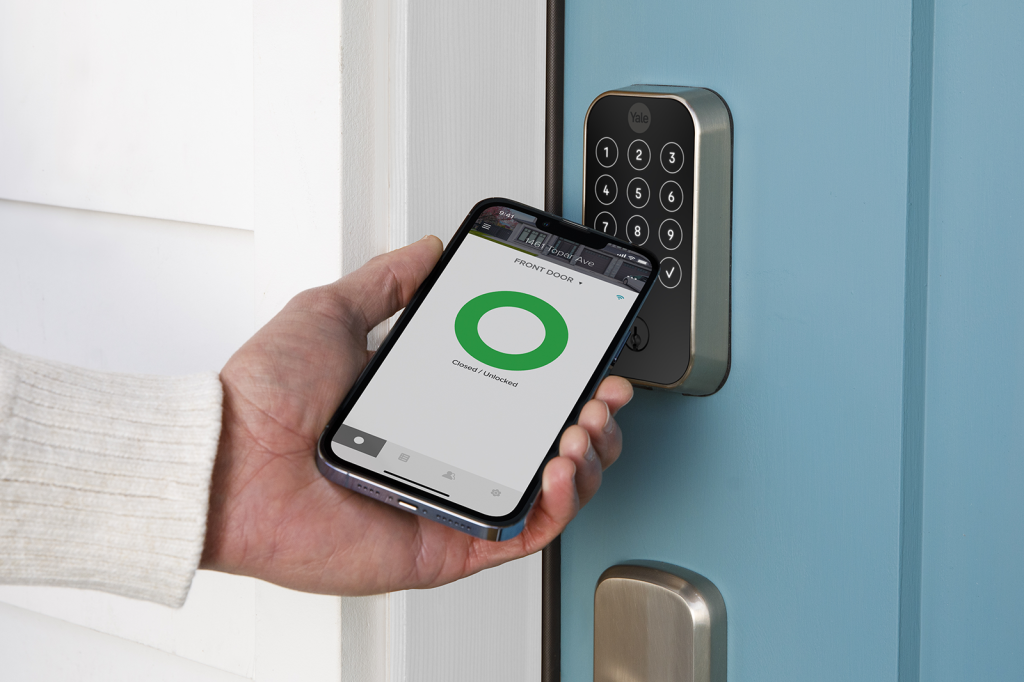 Yale was among the first manufacturers to offer smart deadbolts with numeric touchpads. The company also introduced the concept of “smart modules,” small electronic blocks that plug into the back of the lock to allow you to switch between Bluetooth, Wi-Fi, Z-Wave, Zigbee, and Apple HomeKit compatibility, all without changing your lock. Today, the company introduces its third-generation smart lock, the Yale Assure 2.

While developing the Yale Assure 2, Yale’s VP of product, Garrett Lovejoy, told us in an advanced briefing that the team focused on three things: a more appealing industrial design that wasn’t too modern or too traditional, simplifying installation, and eliminating a lot of the decisions the homeowner needs to make when they install a smart lock.

“Smart locks can be an eyesore,” Lovejoy said. “People want the capabilities of a smart lock, but they also want their house to look nice. The Yale Assure 2 is 30 percent smaller than the current model. It’s smaller on both the outside and the inside [of the door].”

The Assure 2 is also smart right out of the box, according to Lovejoy, thanks to an embedded Bluetooth radio. “Everything you do with the lock, you do with your phone,” he said. “It makes for a much easier setup.”

Yale is wisely carrying over its smart module concept and will immediately offer a Wi-Fi module—or models with Wi-Fi connectivity in the box—for users who want to be able to control the lock remotely, while they’re away from home.

The company also plans to offer a Yale Assure Lock 2 with Z-Wave for Ring Alarm and Samsung SmartThings users, and later, a Matter Smart Module that will render it one of the first Matter-compatible smart locks on the market.

Compatibility with Apple’s HomeKit smart-home ecosystem won’t require a module at all—at least for the basics. The company says the lock will use Bluetooth LE to connect to an Apple HomePod, HomePod mini, or Apple TV functioning as a hub. Users will need the Wi-Fi module—or a Matter module—to use a voice assistant with the lock.

Available finishes include black suede, oil-rubbed bronze, and satin nickel. Prices range from $159.99 to $259.99, while stand-alone smart modules will cost $79.99 each. The Wi-Fi and Matter smart modules will be backward compatible with earlier Yale Assure locks.

This article was corrected shortly after publication: Users will not need a Smart Module to control the Yale Assure 2 smart lock with an Apple watch.