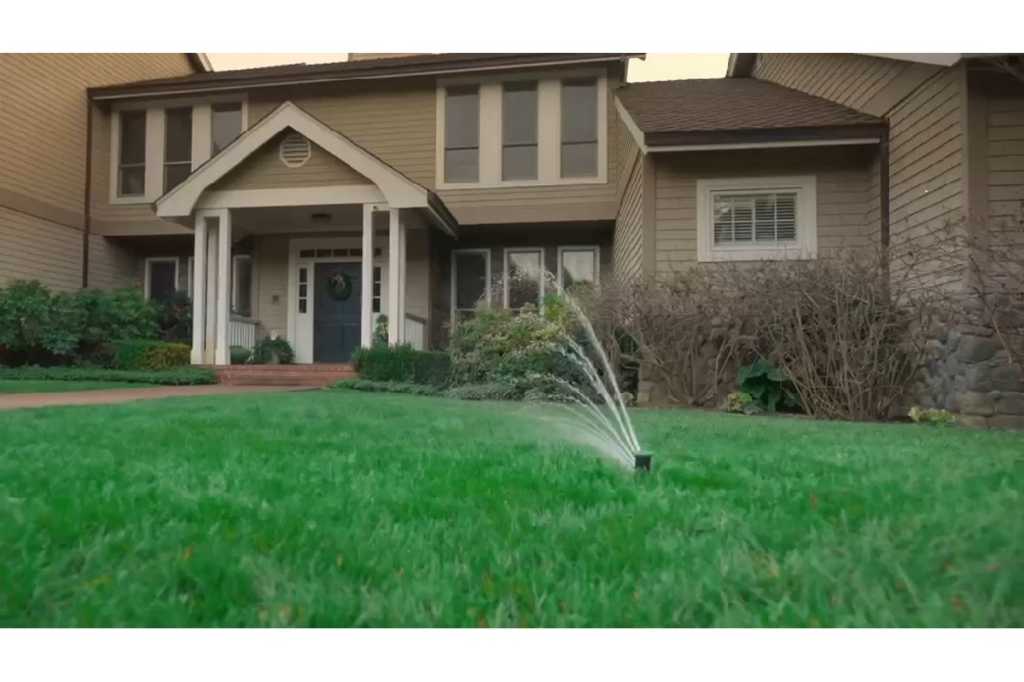 Today’s best smart sprinkler systems let you schedule how often your lawn should be watered and for how long each session. The better models also take weather conditions into account to ensure you’re not irrigating unnecessarily. This new system from Irrigreen does all that, but its robotic sprinkler heads tailor their spray patterns so they don’t overlap. They’ll also adjust their rate of flow—even taking fluctuations in water pressure into account—to match the precise shape of your lawn.

The secret is technology that was first developed for inkjet printers. Irrigreen co-founder and CTO Gary Kleinfelter helped pioneer the concept of inkjet printers and holds 35 patents on that technology. Just as the print head on an inkjet printer can spray a pattern of ink so fine and precise that it can lay down tiny text and large images on paper, so can Irrigreen’s XP robotic sprinkler heads adjust the flow and the target of their spray so that the water hits your lawn and not your driveway, sidewalks, and even the contoured flowerbeds bordering it.

This news story is part of TechHive’s in-depth coverage of the best smart sprinkler controllers.

At first glance, Irrigreen’s XP sprinkler head look like any other pop-up sprinkler. They connect to PVC pipe buried in a trench under your lawn, and they pop up when the water is turned on—reacting to the increase in water pressure coming down the pipe—to spray water over your lawn. The difference is that Irrigreen XP heads have 14 nozzles of varying sizes—with flow and pressure sensors in each head—working in concert with an electronic controller to vary the amount of water emitted from each nozzle as the head rotates.

Using Irrigreen’s app, you’ll dial in the distance the water streams should travel, marking points every three to four feet as the sprinkler head rotates and adjusting how far the water is thrown as needed to hit the edge of your grass and not go past it. You’ll need to set more points to follow curves or jagged lines, but you can set up to 50 points for each head. This allows the system to put water precisely where it’s intended.

The precision of an Irrigreen system delivers several major benefits: Unlike a conventional sprinkler system, Irrigreen’s robotic sprinkler heads don’t need to overlap to cover the entire lawn. This greatly reduces the amount of trenching that’s required—by more than 80 percent, according to Irrigreen CEO Shane Dyer. “Where a conventional sprinkler system might need 1,500 feet of PVC pipe,” Dyer said during an online briefing earlier this week, “you’ll need only 250 feet for an Irrigreen system. That means our system can be installed twice as fast.”

It also reduces the number of sprinkler heads that are needed. Dyer said that where a conventional sprinkler system might require 40 sprinkler heads to cover a given area, an Irrigreen system will need just five. Eliminating the overlap between sprinkler heads also eliminates wet spots in the lawn caused by more than one sprinkler head hitting an area with water to ensure complete coverage.

And unlike conventional sprinklers that spray water a fixed distance and routinely overshoot the edge of the lawn in order to cover all of it—needlessly raining water down on sidewalks, patios, driveways, and other hardscapes, or spraying water on the side of your home or outdoor fixtures such as air conditioners—you can program Irrigreen XP sprinkler heads to follow your lawn’s precise contours, so that water reaches the edge of the lawn and goes no further. Irrigreen estimates that its system will keep your lawn green and healthy while consuming as much as 50 percent less water compared to conventional sprinkler systems–smart or not.

Dyer mentioned that a lot of Irrigreen’s customers draw from their wells to water their lawns, so I asked about the impact of mineral content in the water. High levels of calcium, iron, and other minerals can clog sprinkler nozzles over time. Dyer said the company took water hardness into account while designing the robotic sprinkler heads. “The materials in the nozzles are inert, so they don’t have a bonding point where minerals can cling.”

In addition to reacting to water pressure, Irrigreen XP sprinkler heads operate on low-voltage power, so once the plumbing aspect of an installation is finished, the next step is to wire the sprinkler heads to a controller that you connect to your Wi-Fi network (2.4GHz networks only). This aspect of the system is pretty much identical to a Rachio, Orbit B-hyve, or Wyze (our current top picks in this category).

And like those smart sprinkler controllers, Irrigreen’s system will take current and forecast local weather conditions—drawing information from Weather Underground and similar online services—into account before watering your lawn. Irrigreen will even consider the readings from amateur weather stations in your neighborhood, including one that you might be operating. Once it has finished its watering cycle, an algorithm will compute how much water should have been absorbed into and evaporated from the soil, so that the system knows precisely how much water will be needed for the next cycle. The controller also has two inputs to accommodate soil/rain sensors.

The linear distance each Irrigreen XP head can reach depends on your home’s water pressure. With household water pressure of 40 psi (pounds per square inch), each head can throw water 25 feet. That increases to 30 feet at 60 psi and up to 35 feet at 80 psi. But the key to Irrigreen’s system is that only some of the nozzles will throw water that far; others will shoot shorter distances so water reaches everywhere in between as the sprinkler head rotates. Eighty PSI is the maximum pressure than an Irrigreen XP system can handle, but pressure above that level would strain a home’s water pipes anyway. Irrigreen’s smart sprinkler system can be professionally installed or it can be a DIY project.

If you’re interested in finding out the cost to DIY install an Irrigreen system at your home, you can plug your name and address into a tool at the preceding link. You can bring up a customized Google Earth satellite image of your home’s lot with an overlay showing the number of digital sprinkler heads and zones needed to irrigate your lawn.