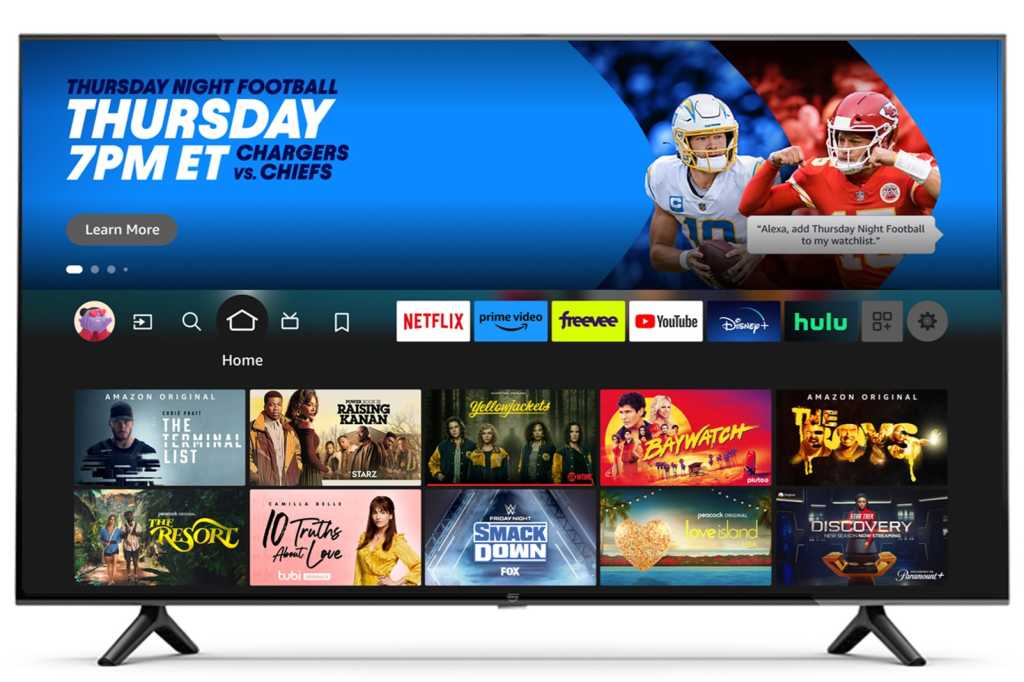 Are you ready for some football? Alexa sure is. Amazon’s voice assistant has learned some new tricks for cord-cutting NFL fans, including how to jump directly into Thursday Night Football matchups on Amazon Prime Video.

Besides launching the TNF stream on your Fire TV or Echo Show, Alexa can also tell you which team has the most rushing yards for the season, open Amazon’s X-Ray overlay, help you record the the game, and more.

During a game, you can quickly open X-Ray on a Fire TV device by saying “Alexa, open X-Ray.” The X-Ray overlay will show you real-time game stats and data, such as Tom Brady’s average time to throw or Cooper Kupp’s average yards of separation.

Don’t want to bother with X-Ray? Just ask Alexa on Fire TV, “Who has the most tackles today?” or “Which team has the most turnovers?” and Alexa should have the answers at her virtual fingertips.

Once Thursday Night Football is on your watchlist, all upcoming TNF games on Amazon will be recorded. You’ll also be able to rewind, pause, and fast-forward the action if the game even if it’s in progress, provided you enable the feature before the game begins.

Finally, Alexa can alert you about the schedule, scores, breaking news, and more about your favorite NFL team. Simply say (for example) “Alexa, follow the Philadelphia Eagles.” (Go birds!)

Thursday Night Football on Amazon Prime Video begins this Thursday, September 15, when the Los Angeles Chargers face off against the Kansas City Chiefs.

Editor’s note: The author’s spouse is a staffer at Amazon Prime Video.