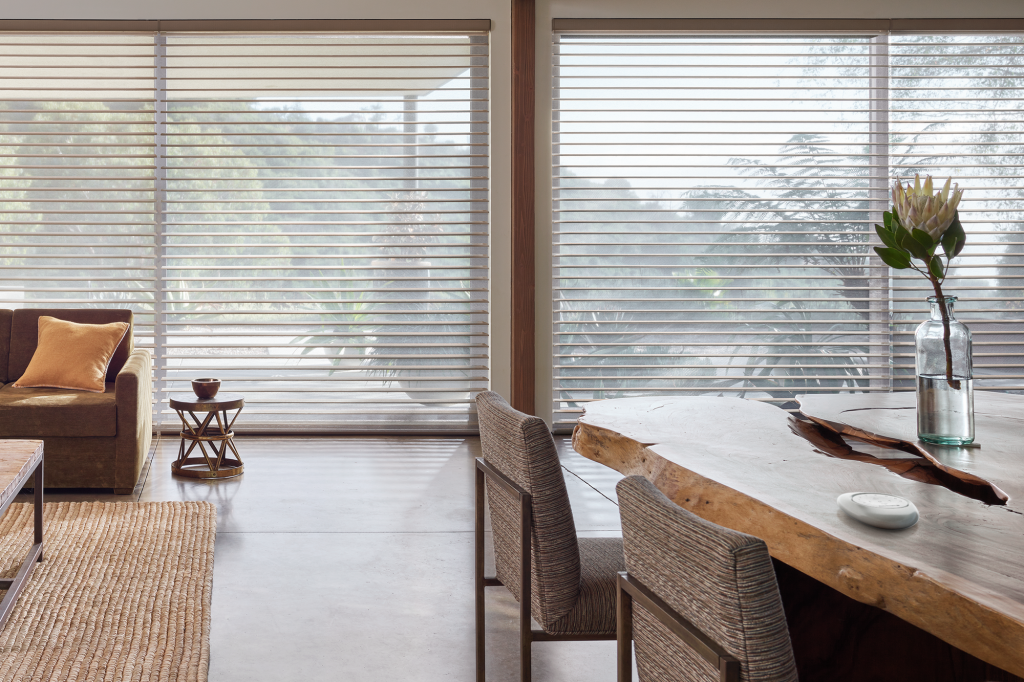 Hunter Douglas is our current top pick in smart window shades, and the company has just introduced a third generation of its PowerView ecosystem that promises to make them even better and easier to use.

PowerView Gen 3 is a complete overhaul of a smart window-covering ecosystem that was introduced in 2015 and tweaked in 2017. The comprehensive changes range from the motors in the shades to the app–and the physical remote control–end users encounter on a daily basis, whether they’re programming scenes or opening the shades in the morning and closing them at night.

Some of the simplification effort was directed at making the PowerView app easier for consumers to use, but the technicians installing the shades in consumers’ homes will see the biggest advantages. Stephenson said the company focused on removing a lot of steps that required installer training, but the decision to drop the proprietary communications protocol Hunter Douglas had been using in favor of Bluetooth Low Energy yields a host of benefits that will accrue to both parties.

Thanks to Bluetooth LE, Stephenson explained, the homeowner’s smartphone automatically knows which shades are closest in proximity. And thanks to two-way communication between the shade and the app, end users can control the shades using nothing more than their smartphone—they can even program the shades to open and close on a schedule, thanks to a clock integrated into the shade motor itself. Leave the PowerView app running in the background, and the app will periodically connect to each shade and update its clock, so scheduled operations occur in sync with each other.

The PowerView-based shade we reviewed in late 2020 was powered by a rechargeable battery wand, but switching to Bluetooth LE enabled Hunter Douglas to incorporate a rechargeable battery inside the roller tubes of several of its smart shade models. The company says the battery should last a full year, and when it needs to be recharged, the homeowner need only touch a cable to a magnetic contact point and leave it there for a couple of hours.

Stephenson says adopting Bluetooth made Hunter Douglas’ smart shades more reliable, too. “You can crank up the [Bluetooth] radio power and stay within FCC guidelines to get better range—we’re seeing a 4x improvement in range [compared to the company’s proprietary protocol]. Even firmware updates can be accomplished over Bluetooth.

Hunter Douglas now offers two versions of its PowerView gateway, and you’ll need one or the other if you want to control your shades while you’re away from home. Perhaps more importantly, you’ll need a gateway for third-party integrations—including Alexa and Google Assistant—because those depend on cloud-to-cloud communication.

The PowerView Gateway connects to your router over Wi-Fi, while the PowerView Gateway Pro offers the reliability of hardwired network connection. The Pro model also has dual Bluetooth radios, and it supports power over ethernet (PoE), eliminating the need for a separate power supply for the gateway.