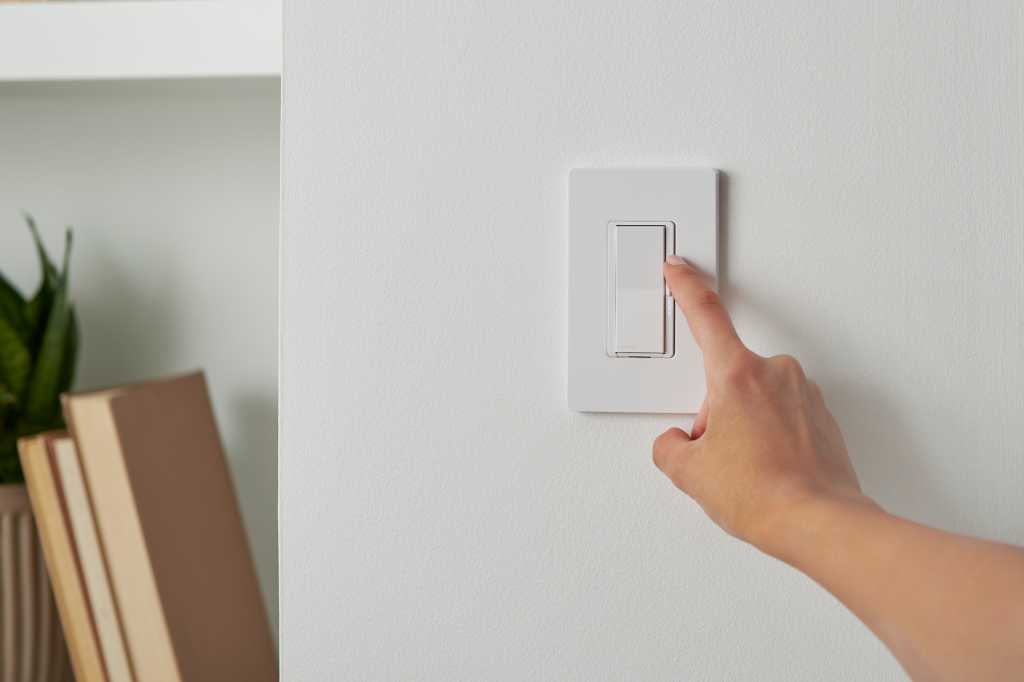 Lutron’s Caséta Wireless is one of our favorite smart lighting solutions, but all the buttons, icons, and LED dots on its in-wall dimmer can look pretty geeky. Homeowners desiring a more understated smart home aesthetic should take a look at Lutron’s new Diva Smart Dimmer.

Lutron’s conventional Diva dimmer has been around for years. It features an on/off paddle with an LED-backlit physical slider on the right-hand side of the paddle for dimming. The new Caséta-compatible version of the Diva looks exactly the same, but it adds Lutron’s Clear Connect technology for wireless control.

Unlike many smart switches, the new Diva Smart Dimmer doesn’t depend on a neutral wire to power its radio. It doesn’t require a companion switch when installed in a 3-way scenario where a second switch controls the same load, either. If more than one other switch is involved, however, you will need an accessory switch, which Lutron says will be available later this year.

Being a member of the Caséta family, the Diva must be paired with Lutron’s Caséta Smart Bridge to unlock all its capabilities. Once that’s done, you can control the Diva with your smartphone, on a schedule, with a geofence, as an element of lighting scenes, or with voice commands (Alexa, Google Assistant, and Siri via Apple HomeKit). You can also use one of Lutron’s wafer-thin battery-operated Pico remote controls.

The Diva Smart Dimmer is available for purchase now (our review is in the works) for $69.95, or in a Diva Smart Starter Kit with a smart hub, wall plate, Pico remote, and Pico wall bracket for $119.95. For buyers looking for an on/off switch without dimming capabilities, Lutron offers the Claro Smart Switch for $59.95.